Cyber Yachts, the world’s first metaverse yacht company, is announcing the world’s most expensive NFT – a 120 meter (394 foot) mega yacht named “Indah,” priced at $400,000,000 USD (Indah can be purchased in Ethereum (ETH), Bitcoin (BTC) and Bitcoin Latinum (LTNM)). In addition to the NFT, the buyer will also receive the real-world, fully constructed 394 foot mega yacht based on the same design, built by one of the world’s most respected luxury yacht shipbuilders.

“Passion for “being on the water” is what drives my emotions into the creation of extraordinary vessels, that are designed to set new industry standards and bring new dimensions to the yachting experience. Form and function exist in simultaneous harmony,” stated Opalinski.

The Indah, which means “beautiful one” in Indonesian, features a revolutionary, patented design concept, where the transom bulkheads (the sides of the boat at the stern) rotate outwards, revealing additional deck space that nearly doubles the size of the conventional swim platform, creating a sprawling beach club effect as the platform lowers to meet the water.

The mega yacht can accommodate a total of 24 guests across 12 cabins, and can fly across the water at a top speed of 24 knots, with a range of 7,000 nautical miles. Other features include a helicopter landing pad, a massive 5,500 GT interior, casino room, gym, sauna, private owner’s suite with dedicated aft deck balcony, and a foredeck hot tub with sunbeds and retractable sunshade.

Cyber Yachts is building a luxury event and online gaming metaverse of yachts, celebrities, rockstars, island hopping, and a vast ocean of destination playgrounds. At the heart of the experience will be the SuperYacht, each unique and designed specially for its own mega rockstar, celebrity, or luxury brands captain. Cyber Yachts intends to offer users, through tickets and VIP passes, experiential curated events, performances, gaming quests, luxury digital goods and social fun. 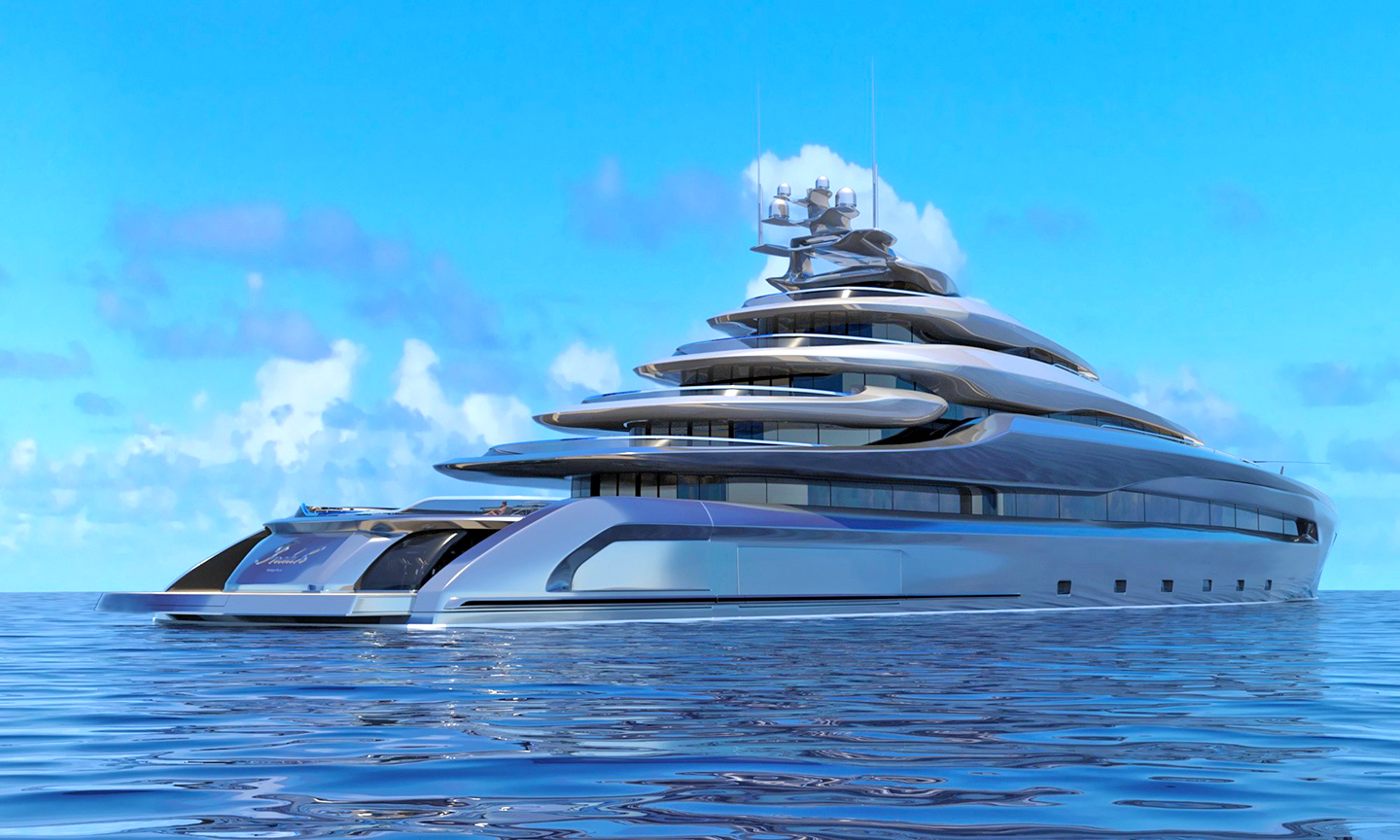 As reported in the LA Times, the market research firm Grand View Research forecasted the global yacht market to hit $8.5 billion in 2021, up from $8.15 billion in 2020, and is estimated to reach $12.16 billion by 2028. During the pandemic, the number of billionaires in the world climbed from 2,095 to 2,755 and their cumulative wealth increased by 60 percent, or $5 trillion.

The metaverse has been gaining significant popularity and value in the past year, with a major increase of companies and celebrities buying plots of virtual “land” in The Sandbox and Decentraland, allowing them to “digitally market, raise awareness and extend their brands.” Global investment banks Goldman Sachs and Morgan Stanley have both predicted that the metaverse could be an $8 trillion market opportunity.

Cyber Yachts is positioning itself well in a lucrative NFT market. US-based, multinational investment bank Jeffries recently increased its market-cap forecast for the NFT market to $80 billion by 2050, with double digit growth for the next five years. Yuga Labs, the creators of Bored Ape Yacht Club and CryptoPunks, recently raised $450 million from firms including Andreessen Horowitz, valuing the company at $4 billion. This marked one of the largest seed rounds for any NFT collection to date.

Check Out Lars Wallin for Desenio