Aviation, Aircraft, and Aerospace engineering is a complicated phenomenon as the market needs established strategies to formulate next-generation solutions. Thus, a hybrid system of traditional and novel components will pave the way for the emerging frontiers of engineering.

“If you are tired of long waiting hours due to the traditional flights, the wait is over now. We welcome you to the new world of “The Next Generation of Supersonic Travel”, says Priven Reddy the Founder of Aerospace startup L.E.A.P.

Commercial and traditional air traveling is renovated by a sustainable next-generation supersonic flight to the height of the skies. A new era of aerospace is appearing on the horizon under the term “LEAP”. LEAP is the acronym for Leading Edge Aviation Propulsion. Leap Aerospace is here to prove itself as the World’s Fastest airliner and its emergence on the horizon will aim to mute the “sonic boom” on technical grounds. 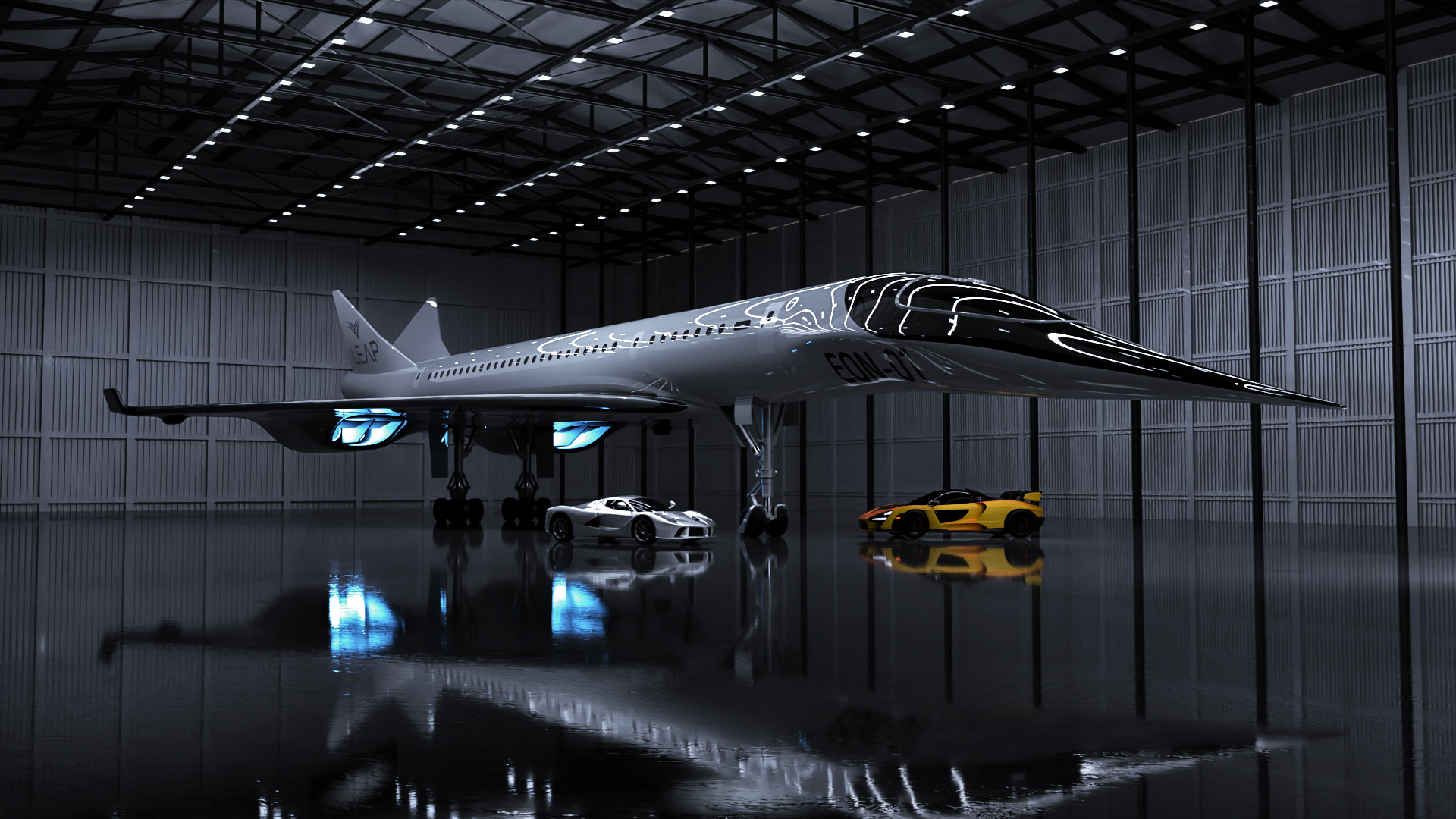 The team working on the design of Leap Aerospace is directed to launch an aviation solution that will be useful for air surveillance, air logistics, tourism, emergency air operations, and business travel. This dynamic network of Leap Aerospace solutions will open up new platforms for an array of customers and communities globally.

The Leap Aerospace R&D team will also simultaneously focus on establishing the first-ever bladeless technology for secondary traverse of its the supersonic aircraft whilst inflight as well as perfecting its engine failure safe-landing technology.. Priven Reddy the founder says, “Passenger safety is of utmost importance to us and the aircraft will feature the world’s first ever safe-landing mechanism, which in the event of a complete engine failure or malfunction, the aircraft will still safely land on ground or ocean, minimizing fatalities”.

LEAP will be ready to pre-sell its aircraft to the cargo and transportation organization by early 2022. Additionally, Leap currently has no interest in selling the commodities to the private community. Leap is working with a vision to manufacture greater models including 70 or more passenger 2.0 aircraft series. Leap’s unique aircraft design is crafted to embrace aerodynamics in a vastly more efficient manner for minimizing the shock waves, reducing drag and increasing efficiency. 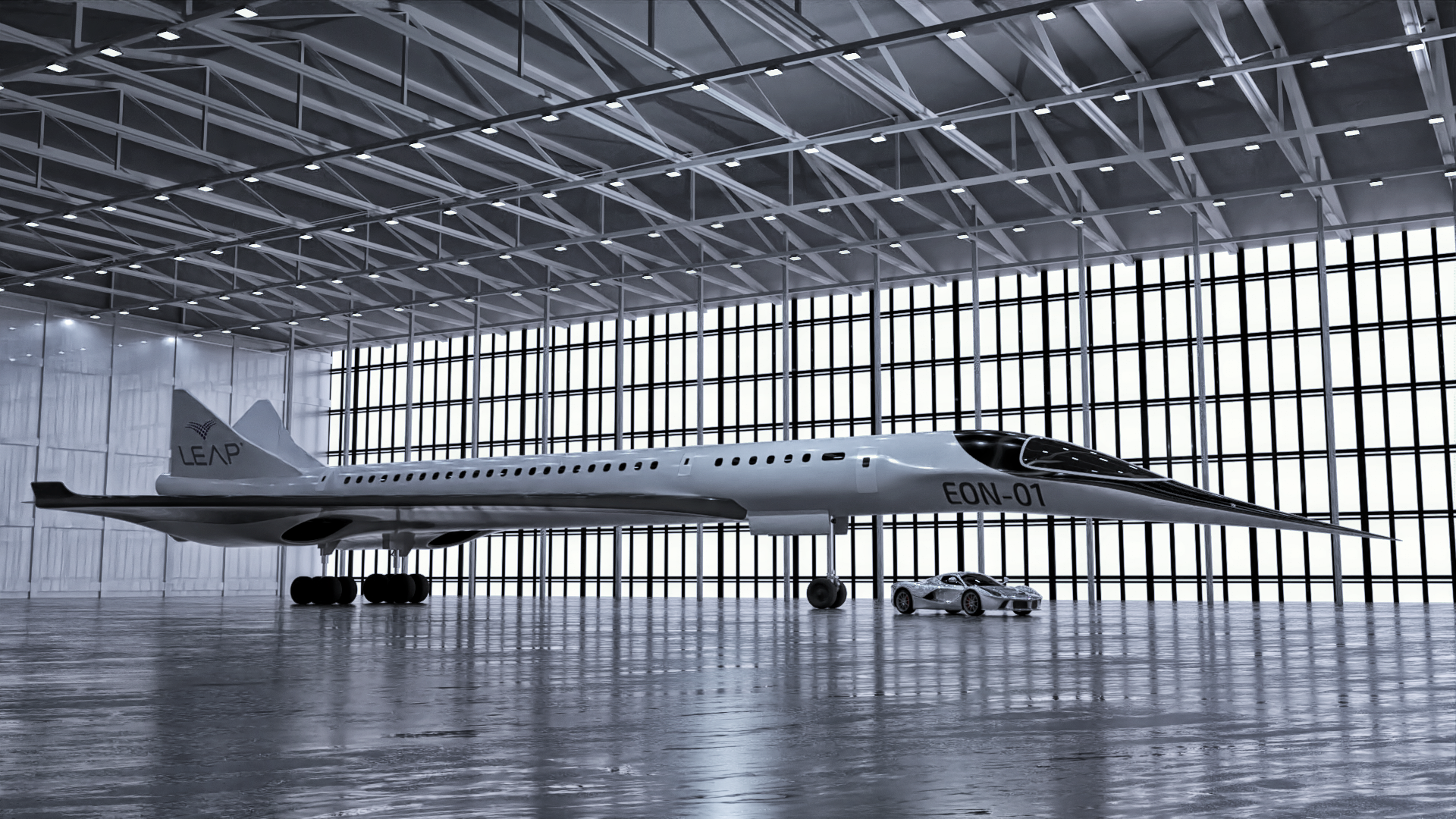 LEAP will function at a twice greater speed, much greater than the speed of sound, and the passengers will experience lifelong benefits for spending relaxing vacations to far-off places in shorter time spans. LEAP Aerospace is up to 100x quieter than a helicopter and transitions to forward flight gradually gaining speed with operational efficiency similar to an airplane. Moreover, the passenger capacity of the aircraft can be modulated between 65-88 along with flight operation at an altitude of 60,000 ft. As the plane aims to operate on net-zero carbon emission so it can achieve a length of 205 ft at a speed of MACH 1.9.

LEAP hypersonic Aerospace is starting up on a self-funded basis. It will offer non-stop flights from New York to London in under just 3 hours, & from Johannesburg to Beijing in +/- 3.5 hours. Moreover, LEAP says the aircraft will be ready for a commercially sustainable supersonic flight having the potential to carry 86 passengers in late 2029. Though numerous other supersonics are popping up recently LEAP is making up the mark due to its unique attributes.

Leap is directed to minimize the complications of aircraft manufacturing. The low noise is generated with the help of small propellers for landing and takeoff. The aircraft design has completed processing and now the goal is to initiate the generation of an entire prototype and complete its certifications and accreditation by the aviation organizations of Europe and the USA. It is expected that the certification of Leap Aerospace will be completed in approximately 3 years after the establishment of the flying prototype. The next breakthrough of the aircraft organization would be likely to take the first commercial flight service in 2029.

Although Black Friday is still a few weeks away, here we outline four reasons as to why shoppers need to start planning now.
Read more
Home

If you are planning to invest in a spanner set, a number of questions may come to your mind, including the spanner types you need for different uses
Read more