In the race for governor, Democratic nominee Charlie Crist picked the top teacher’s union representative in Florida‘s largest public school district as his running mate. The challenge ahead appears to be raising her statewide name identification.

Karla Hernandez-Mats is a special-education teacher and first-generation American born to Honduran immigrants.

Despite being well known in education circles, her pick as a running mate is seen as a wildcard, according to Susan MacManus PhD – University of South Florida Professor Emerita of Political Science.

“The difficulty is that she is just not getting a lot of exposure and people don’t know who she is,” said MacManus. “And she may be well-known down in South Florida, but she is not well-known in the rest of the state.” 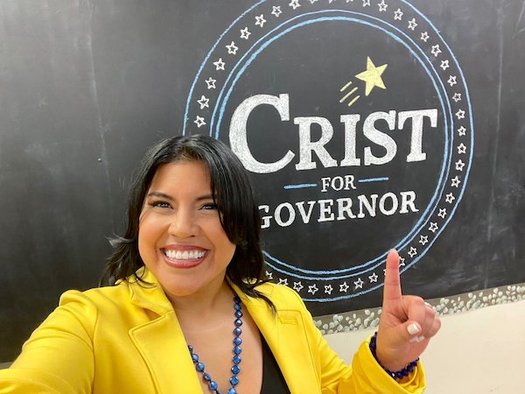 However, teachers are rallying to change that, and think her background will impress the large Hispanic voting bloc in the state.

MacManus said that tactic worked for Gov. Ron DeSantis when he picked Lieutenant Gov. Jeanette Nunez. Education issues – such as parental rights, the place of school boards and the role of teachers unions – have become a focus in the race between DeSantis and Crist.

Ingrid Robledo taught advanced-placement Spanish and worked with Hernandez-Mats for many years – even through her three terms as president of United Teachers of Dade.

Robledo said fellow educators are excited that a teacher could represent them in the governor’s office, and touted Hernandez-Mats as a leader.

“She has an active role when it comes to activism and, you know, solving problems,” said Robledo. “So it is true that there is a segment of this community that may not know her but at the same token, she is having a personal approach to people.”

Janice Poirier, president of the Florida Education Association’s retiree chapter, described Hernandez-Mats as “in it to win it.”

The Republican Party of Florida didn’t waste time in going after Hernandez-Mats, labeling her as an “extremist” and “a slap in the face to Florida parents.”

She attended Miami-Dade public schools, earned a bachelor’s degree at Florida International University and a master’s degree in business administration from St. Thomas University. If successful, this would be her first time holding public office.

The Clean Water Act turns 50 this week, but parts of it are being challenged in a case before the U.S. Supreme Court.
Politics

As the midterm elections approach, Medicare and Social Security are top-of-mind issues for Florida seniors.