Gov. Ron DeSantis is promising to block any state money from going to the parent company of ice-cream maker Ben & Jerry’s unless it reverses a decision to stop selling its products in Israeli-occupied Palestinian territories.

DeSantis is one of several Republican politicians looking to punish Unilever, the London-based parent company of the ice-cream maker, for curtailing sales in the region. But as COVID cases continue to skyrocket stateside, state Rep. Fentrice Driskell, D-Tampa, said the governor should focus on containing the more contagious Delta variant.

“We’ve had the highest hospitalization rates than we’ve ever had,” she said. “You have people who are dying from this variant – it’s very aggressive – and we have a governor who is trying to distract from his failed response, and insert himself and say what an ice-cream company can and cannot do.”

On Tuesday, DeSantis downplayed the spike in cases, but issued a statement saying, “I will not stand idly by as ‘woke’ corporate ideologues seek to boycott and divest from our ally, Israel.”

Driskell said she thinks the governor’s stance rings hypocritical when he positions himself to fight against discrimination in Israel – but signs into law a bill such as HB 1, to stop groups such as Black Lives Matter from peacefully protesting.

“And then,” she said, “we have a governor who cracked down on those very same protesters, who basically were just asking to be treated equally; who were just asking for unarmed black people to not be killed at the hands of law enforcement.” 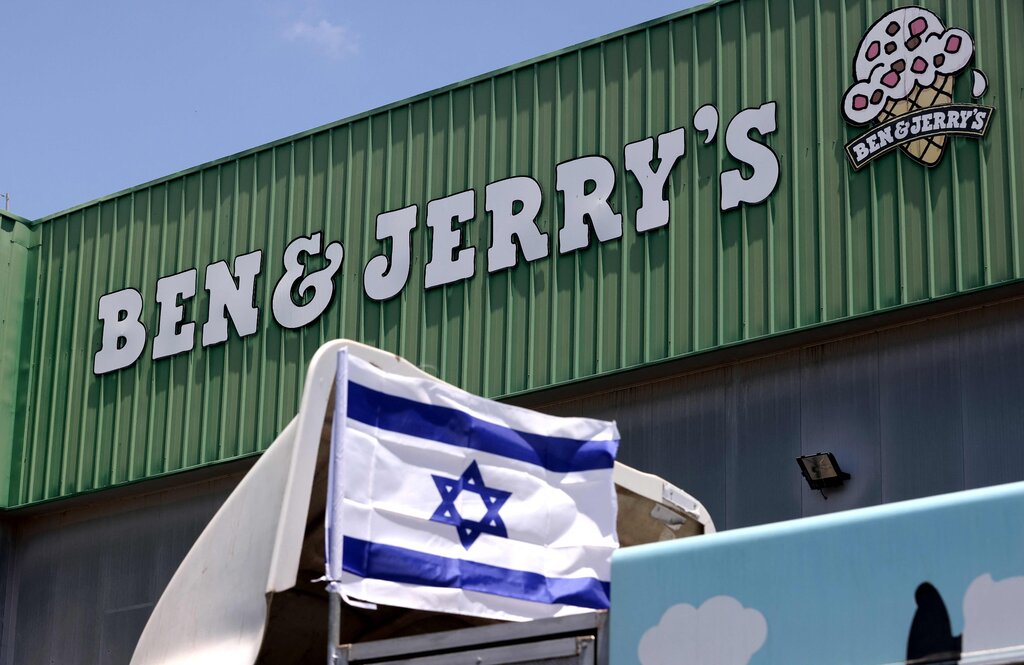 Unilever now must either “cease its boycott” of Israel within 90 days or join the list of other companies Florida refuses to do business with because of their positions on Israel’s West Bank policies. Unilever’s 400 brands include Lipton tea, Dove personal-care products and Hellmann’s mayonnaise. Unilever said it employs more than 2,000 people in Israel and “rejects completely and repudiates unequivocally any form of discrimination or intolerance.”

A case that pits Big Pharma against Community Health Centers that serve low-income and uninsured patients advanced this week with opening arguments on Tuesday.
Politics

Millions of Californians have already voted but millions more will head to the polls today - to either vote in person or drop off their mail-in ballot.