A Northwest car caravan is heading to an immigration detention center this weekend to support mothers who’ve been detained there.

Groups from Oregon and Washington will drive to the Northwest Detention Center in Tacoma on Saturday, and call on members of Congress from both states to stop transferring people to the facility.

Maru Mora Villalpando, community organizer and founder of La Resistencia, said the organizations want to show solidarity with moms away from their kids on this Mother’s Day weekend.

“We’re bringing these letters, which we will deliver to people in detention, and hopefully elevating their spirit, since things are so bad in the detention center still,” Villalpando explained.

The caravan is part of a national “#FreeThemAll” campaign organized by the American Friends Service Committee. Other organizations involved in the event include faith, medical and human rights groups. 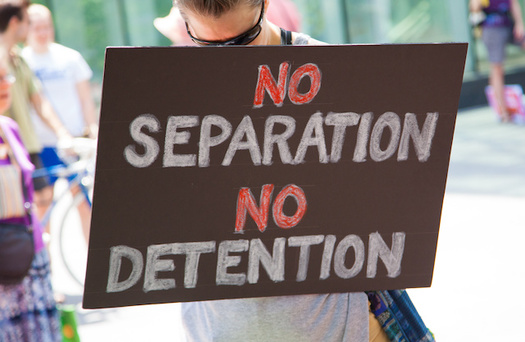 The GEO Group-owned facility in Tacoma is the only privately owned center in the state. It will be allowed to stay open through the end of its contract, which expires in 2025.

But Villalpando argued the state should consider closing it sooner.

“Why not allow us to work, so people are released from detention, not wait until then,” Villalpando asked. “Empty the place now and then shut it down, so we can push for the rest of the country to do the same. End all detentions here in our country.”

In January, President Joe Biden announced the federal government would phase out the use of private prisons, but exempted immigration detention centers. However, at a speech this week in Georgia, Biden said he’s considering similar action on immigration facilities as well.