Why Send Cubans to Delaware — or Anywhere?

State Senate candidate Brian Moore is registered Green, but does not have our endorsement. Green Party of Florida counters his press release, “Cubans should be sent to Delaware!.” 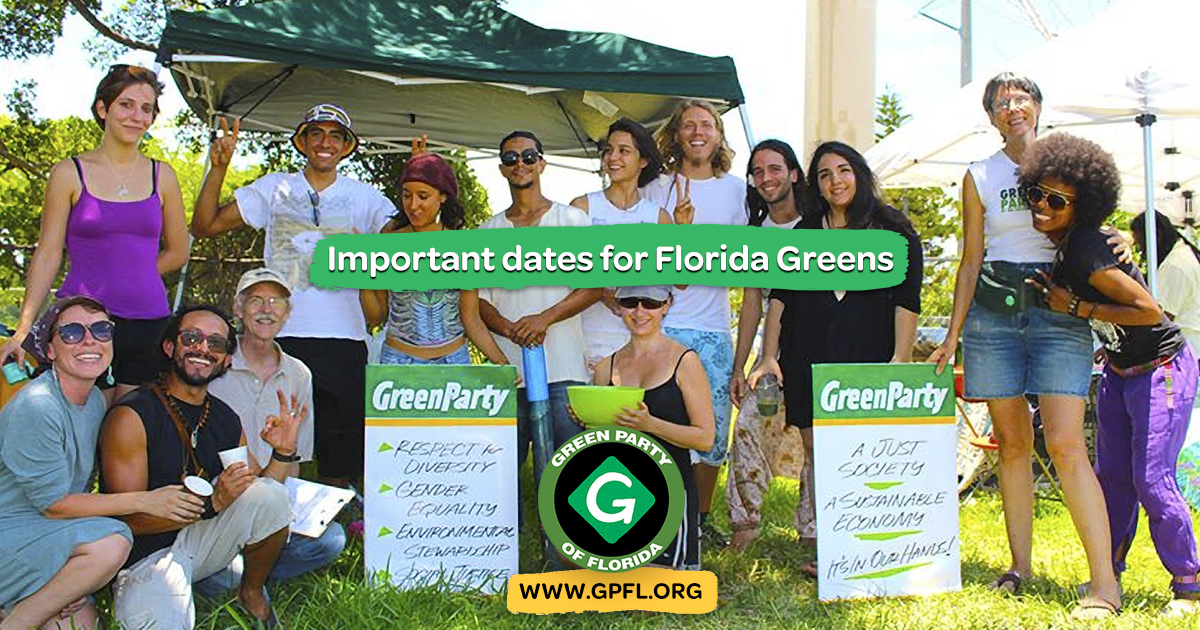 Moore applauded Lt. Governor Nunez’s statement that all new Cuban immigrants would be sent from Florida to Delaware. “Finally,” Moore said, “Florida [would] treat all immigrants, including their ‘privileged Cubans,’ equal[ly].”

The desire of Moore and Nunez to export Cuban arrivals completely misses the elephant in the room: the 60-year-old Cuban blockade, which is economic warfare and violates international law. DeSantis‘ administration plays immigrants like political pawns while Moore views Cubans as freeloaders. Neither address decades-old issues underlying immigration. We should handle immigrants with respect and dignity, recognizing their historical and ongoing contributions to our country. It’s ironic/hypocritical that immigration is often fueled by the US’s own violent interventions supporting dictators to protect American corporate interests.

The blockade, initiated by the Mallory Memorandum, explicitly intended to “bring hunger and desperation” to Cubans so they would overthrow their government. While the blockade has made life more difficult for Cubans, it has not brought revolt. Instead, it drives the Cuban influx that politicians callously exploit.

Contrary to its defenders, expert Lillian Guerra contends that the blockade gives the Cuban state cover by claiming “the United States is…responsible for their poverty and lack of food…enabl[ing] the Cuban government to [remain, with its] power undiminished.”

US “hostility to the Castro regime doesn’t stem from [Cuba’s] failings, but from its achievements,” says Guardian reporter Suemas Milne, “its social and political successes, and the challenge its unyielding independence offers to the US.” As champions of capitalism, a successful socialist state in this hemisphere is an affront to US hegemony.

Obama removed Cuba from the state sponsors of terror list towards normalization of relations. Trump put them back on the list, added hundreds more sanctions, prevented COVID medical supplies from reaching Cuba, and forced countries to expel Cuba’s doctors who were assisting with the pandemic!

Cuban-Americans today are more diverse politically, many support ending the blockade. They expected Biden to keep his campaign promises to alleviate Trump’s harsh measures and return to Obama’s relaxation path. Frustratingly, Biden waited 16 months to ease restrictions on family remittances and travel, leaving most of Trump’s measures intact, including leaving Cuba on the state sponsors of terror list. Biden’s changes did not modify the embargo nor the main objectives against Cuba.

The GPFL supports ending the blockade and calls on Congress to enact legislation to bring compassion and security to our border and address socio-economic policies that fuel displacement and migration. The Green Party offers immigration reforms in its platform.

If you've ever waited in line at the DMV or struggled doing your taxes, you know how frustrating unnecessary bureaucracy can be.
Opinion

The Perfect Storm: the Solar coaster of Stock Shortages vs a Rise in demand

Renewable energy has seen a steady rise in popularity over the past couple of decades, but not many of us would have expected the recent sudden incline that’s been so severe it’s led to a mass stock shortage.
Opinion