Who is this person?

Nearly a year after Columbus police officers pepper sprayed journalists covering protests against police brutality, the Columbus Division Police still have not named the officer shouting “I don’t care!” and turning eyes into agony, as those reporters shouted, “We are members of the news media!” and held up their badges.

A police spokesman said the incident is still “under investigation” but, contrary to previous precedent, declined to name the officer involved. In public records requests, police said no officer on that crowded street had body cam video of the incident, and no officer has faced discipline, though the inquiry is still ongoing.

Sixty-five pages of police reports, obtained through a public records request, detail a wildly violent scene that night. But that version of events directly conflicts with the memory and video of the pepper sprayed reporters.

“Please excuse my language, but the reports about Lane and High [streets] were some of the biggest b—-t I’ve ever read. No commands were given before the first officer started spraying the intersection upon immediate arrival. Certainly no concrete or rocks were thrown,” said Lantern Reporter Max Garrison. “I’ll add to [Lantern reporter] Maeve’s comment about the exclusion of our being pepper sprayed from the report, they also excluded the physical contact they made with me immediately before the spraying commenced.”

Since the event, no other journalist in Columbus has faced police violence. Was the pepper spray an isolated incident or evidence that officers act above the law?

The U.S. Press Freedom Tracker logged eleven incidents against reporters in Ohio in 2020, the most since 2017. (Note: the database is partially funded by the Committee to Protect Journalists whose grant helped to fund this joint journalism project.)

Eye on Ohio and Matter News surveyed dozens of reporters around Ohio about press freedom in the state. Most said they enjoyed a high degree of latitude, though they faced increased vitriol online. Two said they had been in a violent incident in the past year.

Another reporter, who declined to be identified for fear of reprisals, hadn’t slept in her apartment for half of the previous month, for her own safety. She began receiving threats after she published a series of articles covering the plight of local residents who complained about the efficacy of their local government to stop the abusive and threatening tactics of a local developer who lashed out at the community after a failed land deal. 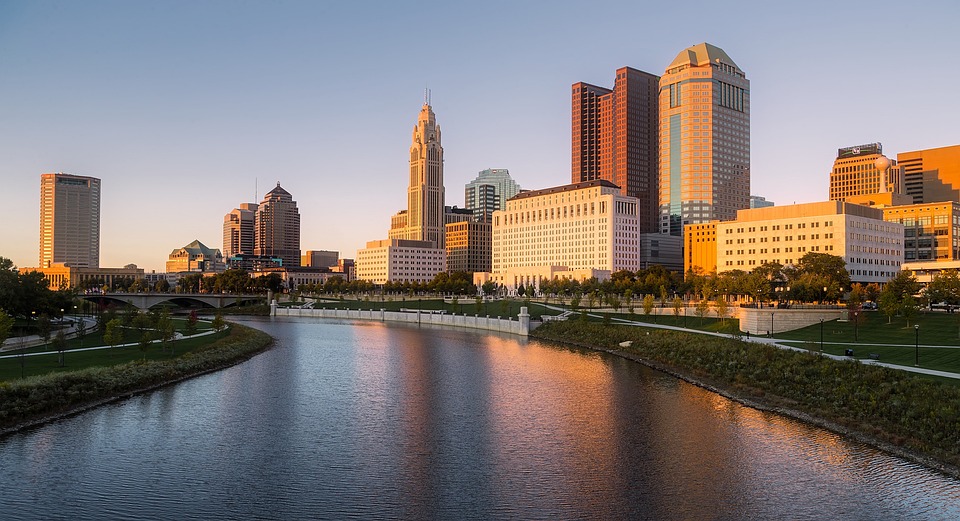 The Lantern pepper spray incident was part of a series of police complaints following Black Lives Matter protests in the summer of 2020. The City of Columbus set up an external website to track citizen complaints, and spent about $600,000 to hire a special prosecutor and a law firm to investigate.

Through a public records request, Eye on Ohio/Matter News received thousands of documents, pictures and video that prosecutors reviewed to analyze abuse of power complaints. Those records are available here:

So far, just one case has resulted in police discipline. Several investigations are still ongoing.

“We’ve seen troubling attacks on press freedom in Ohio, especially in the wake of the protests over the killing of George Floyd, and to a lesser extent, the Covid-19 pandemic: journalists being arrested and attacked, or being subpoenaed for their footage, or threatened with litigation over their coverage,” said Andrew Geronimo, Director of the First Amendment Clinic at Case Western Reserve University. “I think it’s a critical matter of public concern that we have some transparency and accountability into exercises of governmental power, and the best way to do that is by protecting from government interference the gathering and publishing of information on newsworthy topics.”

In addition to the officer who pepper sprayed reporters, Special Prosecutor Kathleen Garber said her investigation needs to identify several officers who might be responsible for criminal misconduct. She originally filed subpoenas to compel their supervisors to name them, which she later withdrew. She also filed Garrity notifications to compel them to answer questions. The police union balked, saying the order would violate officers’ and supervisors’ Constitutional Rights.

“By mutual agreement, an arbitrator will now decide whether the officers will have to follow the City’s order to provide information relative to the possible criminal activity of other officers. Both the City and the officers’ attorneys decided this was the proper venue for these issues to be argued,” said Department of Public Safety Assistant Director Glenn McEntyre.

As of press time, no arbitration date had been set.

Near the end of April, researchers at Ohio State University released the findings of an eight-month study they began after the protests in Columbus erupted last summer, including a list of recommendations for the city based on the results. The study evaluated how Columbus officials managed the protests from May 28 through July 19, 2020, and found that the City was unprepared for and lacked coordination around how to handle the type and size of protests that occurred.

Although the study references reporting done by the three Lantern reporters, it does not reference the pepper spraying they experienced nor does it list any recommendations related to press freedom in Columbus.

They were dressed appropriately just in case they were inadvertently caught up in the moment: despite the heat, they had long sleeves to protect against pepper spray and underneath their clothes they had the number of their school advisor and the number for the student press center written on their arms.

They did not imagine, however, that they would end up as targets.

“They were really peaceful. There was no violence or anything, and there was no police presence at that point. We were monitoring social media and saw that the Police Chief was downtown marching with them 20 or 30 minutes earlier. We followed them all the way through the campus area up North High Street. Again no police presence or anything. They got to the corner of Lane Avenue and North High Street and stopped and congregated for a few moments in that area,” said Max Garrison, a Junior in Journalism and Public Policy at the Ohio State University.

“And pretty much as soon as everybody was back there, all the sudden a bunch of police cruisers came out of nowhere from the South of High Street and stopped behind a group of cars. Officers came out in SWAT gear and worked their way up through the group of cars and approached the intersection.

Once the police were visible, a lot of protesters dispersed. Before they even got to the intersection, a few police officers were already spraying pepper spray without anything being thrown at them ahead of time, or any previous aggression towards them, or even yelling ‘everybody get out of the intersection.’

At that point all the protesters around us were gone, and it was just the three of us standing up on a raised part,” Garrison explained.

The group said other officers throughout the day had left them alone when they pointed to their ‘PRESS’ labels. But this was different.

“I was wearing glasses but they were so close and it was such a strong spray that I remember feeling it enter my eye,” said Sarah Szilagy, a Junior Journalism major and campus editor of the paper. “And they kept following us, so we couldn’t even stop to flush out our eyes.” 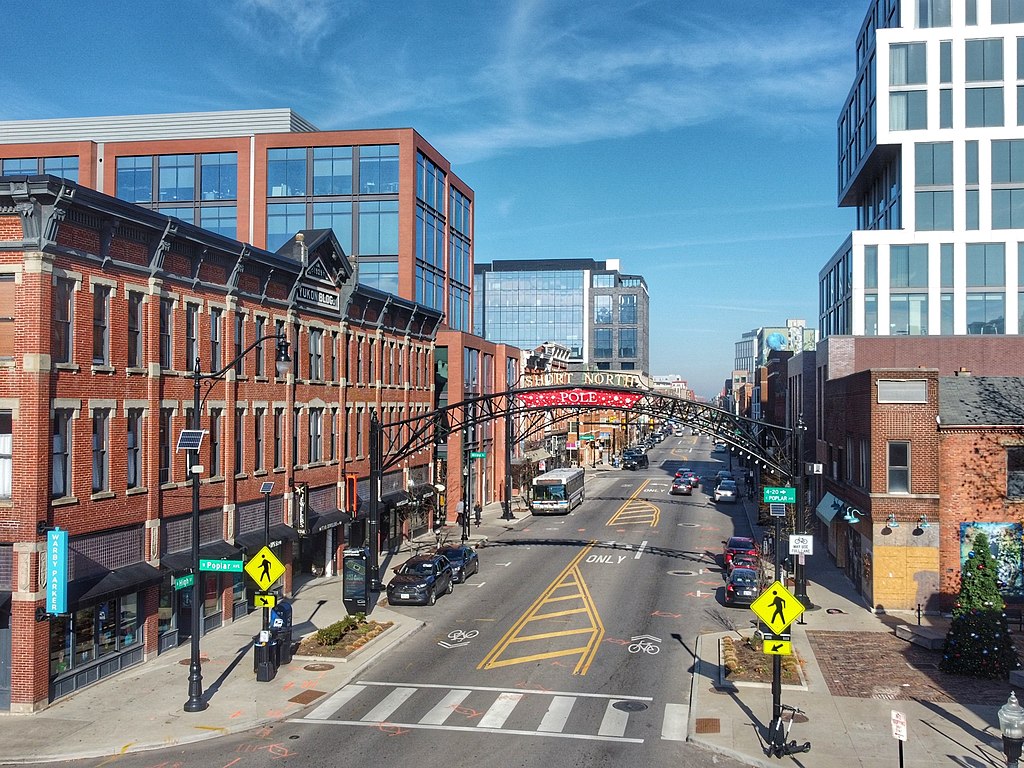 They said a spokesperson later came by the school and said that perhaps the officer didn’t know reporters were not required to follow the curfew, which the Lantern reporters said conflicted with their experience with other officers who knew they could be out later on different occasions.

At the time, body-worn cameras were not required for officers wearing riot gear, because standard riot gear doesn’t have mounts for cameras. On Sept. 23, 2020, officers changed their policy to wear a traffic vest over the gear, which can accommodate a body-worn camera.

The three students said that no officials have followed up with them on the status of the investigation since initial conversations regarding the incident. Walsh, the former special projects editor, has already graduated from OSU. Many of these investigations can take months to complete, and since neither the city nor the police department have been able to identify the officers involved, the investigation could take even longer.

This collaboration with Eye on Ohio is produced in association with Media in the Public Interest and funded in part by the George Gund Foundation.

Elections can change people’s perception of what is ethically right and wrong, according to new research by the University of Cologne.
Home