City and state elected officials will join workers for a rally at John F. Kennedy International Airport today to demand a new contract and health care for 10,000 workers at three major airports. They are baggage handlers, wheelchair attendants, cabin cleaners and security officers – essential workers who keep the airports running.

Contracts with most of the 23 companies they work for at JFK, LaGuardia and Newark airports expired April 1. A new contract must adhere to the Healthy Terminals Act, a recent law passed in New York and New Jersey requiring that airport workers receive an additional $4.54 an hour toward health care.

“We need to see progress on this,” he said. “We’re not going backwards. These workers are going to have health care and things need to move at the table, or we’ll have to make decisions from there.” 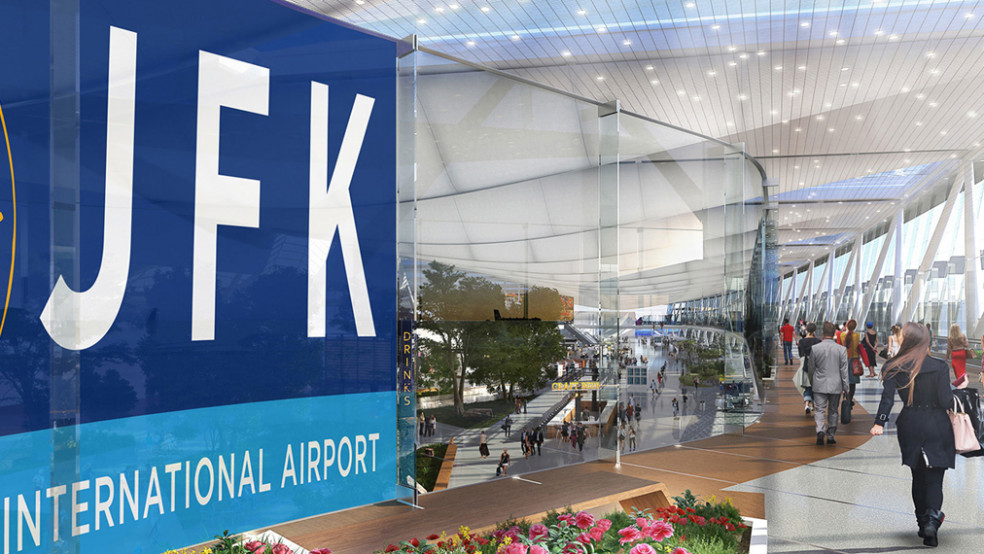 The contractors are demanding concessions from the union, including a lower uniform allowance and eliminating Martin Luther King Jr. Day as a paid holiday. Vladimir Clairjeune, a union member and passenger service representative at JFK, pointed out that the MLK holiday in particular was something that airport workers fought long and hard to win.

“It’s unconscionable to want to take away a holiday like MLK Day, just remembering everything that MLK stood for,” he said. “The Healthy Terminals Act would bring racial justice to a predominantly Black and Brown workforce.”

Every year, airport workers hold marches in memory of the Rev. Dr. Martin Luther King Jr. to honor his legacy of racial and economic justice.

Hill noted that airlines received $65 billion of government support through the COVID stimulus packages, and the contractors received a portion of those funds.

“Five billion, so far, of that $65 [billion] went to the contractors,” he said, “and these workers fought very hard to make sure that some of that money went to cover them.”

Contract negotiations are set to resume on Friday.

Water You Looking At: The Beauty Of Destin (VIDEO)