June is Reunification Month, and the spotlight is on parents being reunited with their children.

Ryan Meier, a parent who was reunified with his daughter, struggled with a meth addiction from a young age, spending years in and out of the Ada County criminal justice system. He said he was in a “toxic” relationship with a woman, but they had a child in 2017.

Holding her for the first time, Meier said he felt something overwhelming: love. The moment changed Meier’s life, and he decided to straighten up. Seven weeks after she was born, Meier gained custody of his daughter, Scottie.

“It was the first time in my life that I think I ever accomplished something that I could be proud of,” Meier recounted.

Four years later, Meier said their bond is as strong as ever.

According to the Idaho Department of Health and Welfare, there are about 1,500 children in foster care in the state. 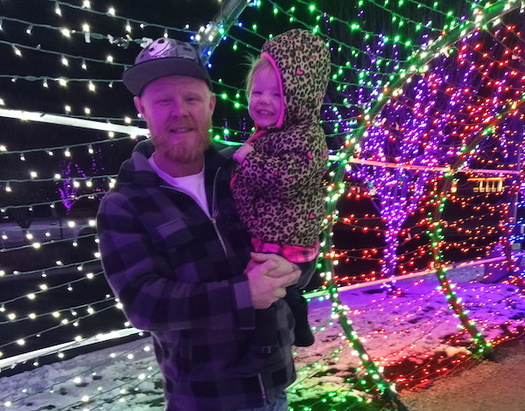 Monique Layton, recruitment coordinator for Fostering Idaho, said the state has a good reunification rate: 65 %. She noted it takes a big lift from a lot of people to make it happen.

“That work with foster care involves a team effort,” Layton explained. “It’s that birth family, the foster family, the child welfare social workers, also the court system – all working together in hopes that reunification can take place. Hopefully sooner than later.”

For parents looking to reunite with their kids, Meier acknowledged it is a lot of work, and it is important to understand there are going to be bumps in the road.

“You can look at it in one of two ways, right?” Meier remarked. “You could be the victim, ‘Why is this happening to me? I can never do anything right.’ Or you could say, ‘What’s next?’ And just get back on track.”

Meier added the relationship between birth and foster parents can be rocky, but he praised the family that took care of his daughter.

“I think that most foster parents are that way,” Meier stressed. “They’re like angels in disguise, and they take these kids in, and they just cherish them, and they show them love, and they don’t have to. You know what I mean? It’s a choice.”

A lipstick helps a woman achieve the perfect look. In other words, every woman must have a decent collection of lipsticks.
Living