Program to Give Rides for Non-Medical Errands to Eligible Seniors

The Maine Legislature has passed a bill to launch a pilot program to give eligible older residents and people with disabilities rides for non-medical errands. It’s now up for funding consideration.

Low-income Mainers who are covered under Section 19 of MaineCare, meaning they are eligible for nursing-home care but prefer to stay in their homes, are able to get rides for non-emergency medical care.

This program would give those residents access to up to $2,000 in transportation services for non-medical purposes as well.

“If you make sure that somebody who can’t drive can get to the grocery store,” said Maurer, “and can get to the laundromat, and can get to social activities – that keeps you emotionally sound, than you might not need a ride to the doctor.”

More than 75% of respondents to a survey of groups who provide transportation to older Americans and those with disabilities said that when people stop driving, finding alternative transportation is difficult, largely because of affordability.

Maine’s population is aging faster than that of many other states, and more than 60% of its residents live in rural areas, according to data from the Maine Department of Transportation. 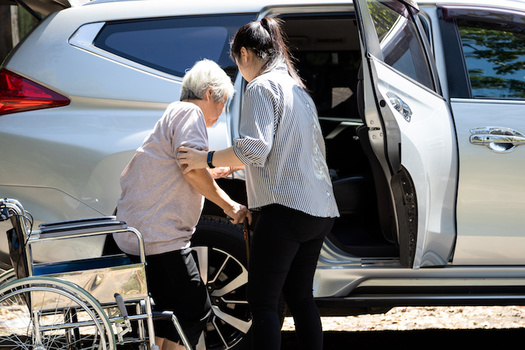 Maurer noted that more than 70% of Mainers 60 and older live in communities without access to public transit, either fixed-route or flex-route.

Maurer said the pilot will be modeled on a similar program in New York.

The Maine bill was first proposed in 2019 but didn’t make it to the floor and died when the Legislature adjourned for COVID-19.

A case that pits Big Pharma against Community Health Centers that serve low-income and uninsured patients advanced this week with opening arguments on Tuesday.
Living

Take the stress out of gift shopping this season and explore GANT curated list of holiday gifts.
Health