As a virus starts to spread across the globe, a crime syndicate known only as The Organization conspires to steal millions of dollars from legitimate companies through a sophisticated new software program. In doing so, it unwittingly entangles corporate executives in A Web of Deceit, the latest action-packed international thriller by Gary D. McGugan.

McGugan sets a whirlwind pace right from the start as the CEO of a fictional Fortune 50 corporation is arrested on charges of money laundering. At the same time, a financial mastermind becomes a fugitive on the run from both sides of the law, and an ambitious player in The Organization murders her boss to become the new crime kingpin. Action-packed exploits across five continents take readers through the financial world, the grocery industry, global stock market exchanges, and the throes of organized crime for an in-depth look at the various sides of humanity – as the lure of wealth and power dictate every move. 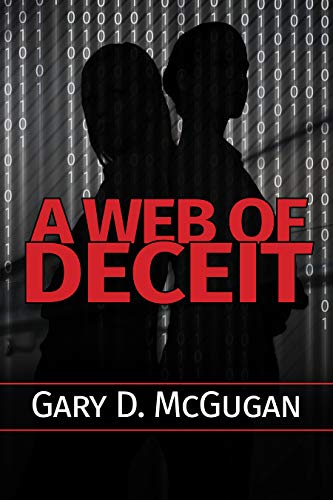 McGugan cites the global pandemic as part of his inspiration to write A Web of Deceit noting, “In March 2020, I had scheduled 85 personal appearances with Canada’s largest bookstore chain and watched those opportunities evaporate as the pandemic spread.  I realized my plan to focus on promoting books wouldn’t happen anytime soon, so I decided to use my time to write a fifth novel.”

Time well spent according to early reviews. One reviewer with Reader Favorites says, “These are high-end players in a high-end novel of intrigue, violence, money, and sex all in worldwide settings. It’s hard to put down as it unfolds step by step and keeps you turning the pages.”  Another adds, “McGugan incorporates some fascinating business aspects that coincide effectively with the commercial impact the Covid pandemic brought to the corporate world. The criminal and international elements combined with intrigue and violence create an intense and dramatic storyline.” Reader Views notes, “The pacing, the imagery, the sensations, the emotions – all align to present a story of the highest caliber.”

A Web of Deceit (ISBN 978-1999565671, Independently Published, 2021) can be purchased at local and online bookstores everywhere including Amazon.

Writing started for Gary D. McGugan after a 40-year career in the world of business. He’s worked in supermarkets, sold appliances, distributed motorcycles, launched an automobile dealer network, and provided financing to help businesses grow. Every industry was very different from the other. Each company had a distinctive culture and character, but all were units of large corporations with operations around the globe. Travel has always been a large component of his business roles and he’s now visited more than 650 towns and cities in more than fifty countries for either business or leisure. Experts say we should write about things we know best. In Gary’s case, those subjects are business, travel, and people. As an author, his goal is to entertain readers around the world — one at a time.

We can install any app from the google play store very quickly. Let’s take a look at some most amazing apps for android mobile phones.
Living