Don’t be a Flaming Hedgehog Killer

November has crept around which means Guy Fawkes Night will soon be upon us. So, when planning your celebrations for 5th November, don’t just think about keeping indoor animals safe, bear in mind your garden wildlife when celebrating Bonfire Night.

With the current restrictions in place due to COVID-19, many people are planning to use their gardens for bonfires and firework displays to keep the magic of Bonfire Night alive. Charted Horticulturist, broadcaster and patron of the British Hedgehog Preservation Society David Domoney is urging Briton’s to stay safe in your garden and use these tips to look after the creatures who call your garden home.

Hedgehogs will be attracted to the wood piles you set up as your bonfire. They are woody and cosy, and a potential great place for shelter and food. But taking precautions will reduce the risk of hedgehogs being hurt. For example, when building a bonfire, it’s best to build it on the day that you are going to light it. As hedgehogs prefer to wander at night, this will save them and other creatures from settling in and keep them away from harm. Alternatively, if it needs to be built in advance, protect the area by surrounding it with chicken wire, that’s around 1 metre high, to stop hedgehogs getting in.

Thoroughly check it – particularly the bottom two feet of the structure, which is where hedgehogs are most likely to be found. Listen out for a hissing sound, which is the noise these spiny mammals make when they are disturbed. Finally when lighting do so from one side only to allow an escape route for anything missed.

In the event that hedgehogs are found, the nest should be placed into a plastic or cardboard box with plenty of towels or newspaper. When handling them, wearing gardening gloves is best because it will not only protect your hands from their spikes, but it’ll also save human smells from getting onto the creatures. When the hedgehogs are in a safe space, place meaty cat or dog food and water in the box with them, then once the bonfire is done and cooled off, the hedgehog can be released somewhere safe nearby like a hedge or bush.

If you are planning to release any fireworks, remember that the noise causes distress to both wild animals and your pets. So, if you don’t have the appropriate space to use them, don’t set them off in your garden. 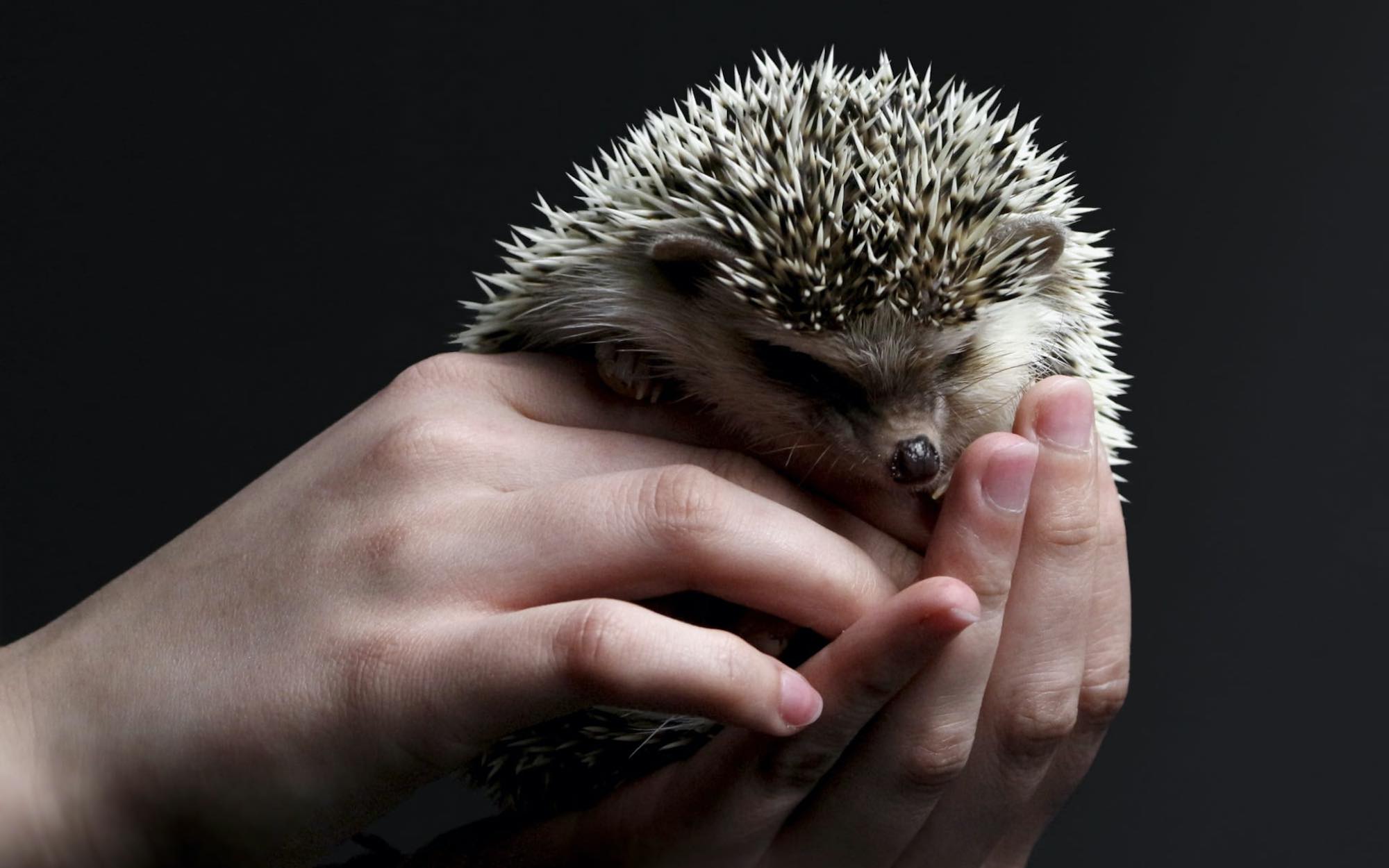 Remember, don’t be a flaming hedgehog killer. Instead take precautions to protect wildlife and pets in your garden this Bonfire Night.

David Domoney is a Chartered Fellow of the Institute of Horticulture and is a proud patron of the British Hedgehog Preservation Society.

A seasoned broadcaster, he presents for ITV1 ‘Love your Garden’ (the UK’s most watched gardening programme), he also is the resident gardening presenter for ITV’s flagship daytime show ‘This Morning’ and a presenter on ITV1’s Love Your Weekend. As patron of the British Hedgehog Preservation Society, David has promoted hedgehog safety and wellbeing through television and press media.

David presented Channel 5’s 2019 programme Saving Britain’s Hedgehogs. David writes a gardening and wildlife column for The Sunday Mirror and for Grow Your Own magazine, and he periodically writes for the Telegraph, the Express and House Beautiful Magazine. He has a well-developed social media presence across Facebook, Twitter, Instagram, YouTube, and Pinterest with a combined audience of over a 350k followers.

His dynamic and enthusiastic character makes him extremely popular for live stage presentations or launch openings, and his chartered horticulture credentials and TV profile is a perfect combination for endorsements and campaigns.

David has designed and built spectacular show gardens and events to promote some of the nation’s favourite brands. His clients have been John Lewis, Harley Davidson, the Ritz Piccadilly, Lexus, Croft Sherry, Laura Ashley, Manchester Children’s Hospital, and Levive Diamonds, to name but a few.

He has also presented on ITV1’s Better Homes, ITV1’s Solution Street, Channel 4’s Grand Designs, GMTV and Daybreak, and ITV1’s Garden Doctor. David had his own show ‘Garden-ER’ on Channel 5. He was the only garden designer appearing on ITV1’s popular 60 Minute Makeover show, breaking all records and installing whole gardens in under an hour (underpinned with a lot of strategic planning and design).

A passionate advocate of wildlife David works to champion the efforts of the RSPB and the Woodland trust.

He is a winner of 29 RHS Medals with two Best in Show category trophies. Outside the gardening world, David is a father of three children two daughters and one son. He is a PADI qualified ‘Master Scuba Diver’, a beekeeper, and he has a farmhouse and working olive grove in Italy.

Once you have got one that fits in with the rest of your furniture, finding inspiration to decorate it beautifully is the next task.

Health advocates are hailing the new Inflation Reduction Act, saying it would be the biggest health-care reform since the Affordable Care Act.
- Advertisement -

Once you have got one that fits in with the rest of your furniture, finding inspiration to decorate it beautifully is the next task.
Home

These are just five of the major advantages of roof restoration to contemplate a potential home seller. Roofing sustenance is a crucial...
Tech