During Sexual Assault Awareness Month, groups are raising awareness about Black women’s contributions in the quest to end sexual violence.

About one in three Black women has experienced some form of sexual violence in her lifetime, according to the National Center on Violence Against Women in the Black Community. And for every Black woman who reports a rape, at least 15 do not.

Jaya Kolisetty, associate director of the Women’s Resource Center at the University of Illinois at Urbana-Champaign, said from early court cases about workplace sexual harassment, to the more recent ‘MeToo’ movement, Black women have been at the forefront of creating new support systems for survivors. 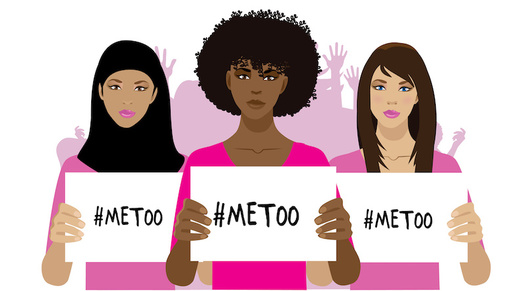 “I think sometimes, we tend to view social issues in isolation, instead of talking about how they might be connected, how they might reinforce each other,” Kolisetty observed. “If we’re going to address sexual violence, we have to be willing to tackle other forms of harm, other forms of oppression as well.”

The Women’s Resource Center holds a series of virtual events this week, open to the public, including showing a documentary, “The Rape of Recy Taylor,” about a young Black woman speaking out against a group of white male attackers in 1944 Alabama.

The film features Rosa Parks, who before she was involved in the Alabama bus boycotts, was an advocate for survivors for the NAACP.

The pandemic has isolated more families at home, and the stress, fear and sense of hopelessness has also elevated the risk of sexual violence, particularly intimate partner violence.

Kolisetty said prevention is key, in addition to supporting survivors.

“So thinking about, how do we create safer environments? How do we create culture change, so that incidents of sexual violence will decrease?” Kolisetty urged.

Survivors of sexual violence in need of support can call 1-800-656-HOPE, to reach the 24/7 National Sexual Assault Hotline. It will connect callers to local service providers who can help.