As the nation observes Memorial Day, advocates for military families and veterans said many are going hungry.

A report by the hunger-fighting group Mazon found food pantries operate on or near almost every military base in the country.

The House Rules Committee recently held a roundtable highlighting persistent food insecurity in the military and among veterans. 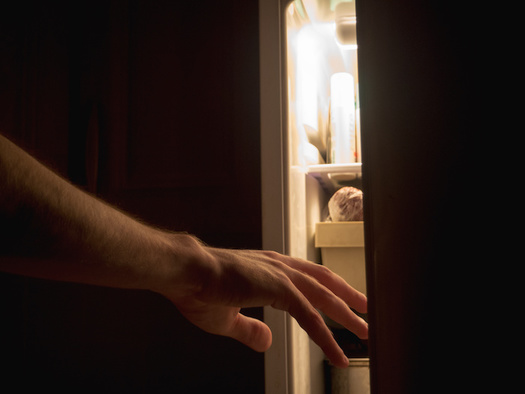 Lisa Lieberman, director of communications for Mazon, said service members typically do not call attention to their situation because of shame, stigma, and even fear of retribution.

“So we don’t have the exact numbers unfortunately,” Lieberman explained. “But we know that there is increased need and that there has been for many years.”

She added legislation such as the bipartisan Military Hunger Prevention Act (Senate Bill 1488 and House Bill 2339), introduced by lawmakers earlier this year, would create a basic-needs allowance to help low-income military families put food on the table.

“This rate was really high, like 24%, 25% even before the pandemic,” Lieberman emphasized. “And now, I think the latest statistics is that 42% of military spouses who were working are no longer working during the pandemic.”

She also pointed out the landscape of who is enlisting has changed over the past few decades. Rather than single young men, personnel are a diverse group of adults, many supporting children.

“Especially those serving in our military, or who have proudly served, they should not have to do that on a regular basis,” Lieberman asserted. “And we really hope that policymakers will take that seriously and do the right thing, because we think we’ve offered some pretty common-sense solutions that could make a real difference for these families.”

She noted while data is limited, research shows one in four women veterans struggle with hunger, and more than one in four post-9/11 veterans report problems with being able to regularly purchase meals and groceries, about twice the rate of the general population.