The pandemic has revealed the benefits of telemedicine, but advocates are concerned some New Hampshire residents may not be able to access it, long-term.

New Hampshire law requires insurance companies to pay the same rates for telehealth services as for in-person care, but that doesn’t apply to people who work for companies that offer self-insured health plans.

Richard Cantz, president and CEO of Goodwill Northern New England, which provides self-insured plans but opts to reimburse telehealth services at the same rates, said it also increases access for people who have difficulties getting to their doctors, especially in rural areas. 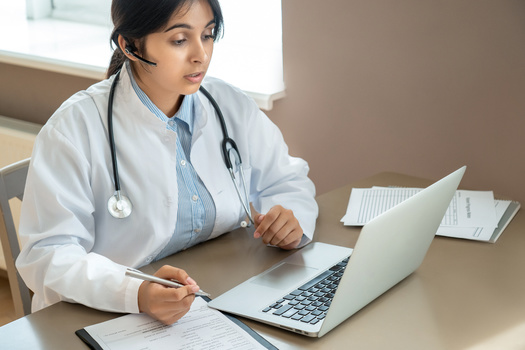 “To assume that everybody has access to simply hop in a car or access public transportation to attend an in-person face-to-face appointment, just isn’t realistic,” Cantz contended. “It wasn’t realistic before the pandemic, it certainly isn’t realistic now.”

He added people also may not have time to take off work. Some states, like neighboring Maine and Vermont, do not have the same statutes requiring reimbursement parity, but advocates stressed there is still room to grow, in New Hampshire and at the federal level.

She worried when companies do not make the same decision Goodwill did, care providers, including for mental-health services, may not be able to offer telehealth visits.

“We’re encouraging businesses, organizations and agencies that have self-insured plans to look at their plans and make sure that telehealth is reimbursed at the same rate as the in-person visits,” Stanley noted.

She added many people have come to rely on telehealth during the pandemic and would benefit from it being a permanent option. It has been especially helpful for people facing a lack of childcare, transportation or other limiting factors.