South Dakota continues to grapple with staffing shortages at nursing homes, and a new report found some might not be able to recover financially.

The findings, issued this week by the American Health Care Association (AHCA), showed between 32% and 40% of nursing-home patients in the U.S. live in facilities considered financially “at risk.” Separate reports showed close to half of South Dakota care facilities are dealing with staffing shortages.

Mark Deak, executive director of the South Dakota Health Care Association (SDHCA), said it is a dangerous mix in trying to provide quality care for the state’s older residents.

“The pandemic has just exhausted our caregivers and nursing homes,” Deak observed. “Certainly, it’s hit other providers in the health-care sector as well, but not as hard as it’s hit nursing homes.” 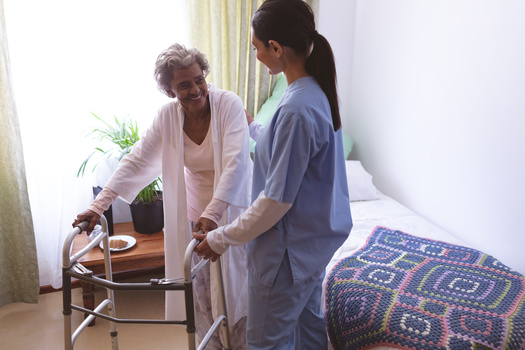 While staffing shortages existed before the pandemic, the AHCA report noted other factors add to the challenge, including higher operating costs, which have prompting calls for better Medicaid reimbursement rates.

Deak acknowledged South Dakota recently increased its rate by 10%, but it still lags behind other states.

Advocates argued when a skilled-nursing home does not have enough money to recruit and retain staff, it creates a domino effect. Deak worried there will not be enough options, because the facilities are struggling to operate.

“You can’t take folks that are being discharged from the hospital or who need your services,” Deak pointed out. “It makes it very difficult, and sometimes, it gets to the point where, in fact, you have to close your doors.”

According to the SDHCA, nine nursing homes in South Dakota have closed over the past five years. Deak added it creates big problems especially in smaller communities, where these facilities are key contributors to the local economy.

State-owned Firms avoid Taxes too, according to a New Study