The African Surgical OutcomeS-2 (ASOS-2) trial, recently published in the Lancet Global Health journal, is a landmark trial that aimed to address the problem of post-operative death in patients in Africa.

This study was developed in response to the findings of the original African Surgical Outcomes Study (ASOS) which showed that death after surgery is a major public health problem in Africa. Surgical patients in Africa are twice as likely to die in hospital following surgery when compared to the global average. These excess deaths appeared to be due to a failure to recognise and/ or respond to common postoperative complications resulting in death. Death following complications is known as ‘failure to rescue’. 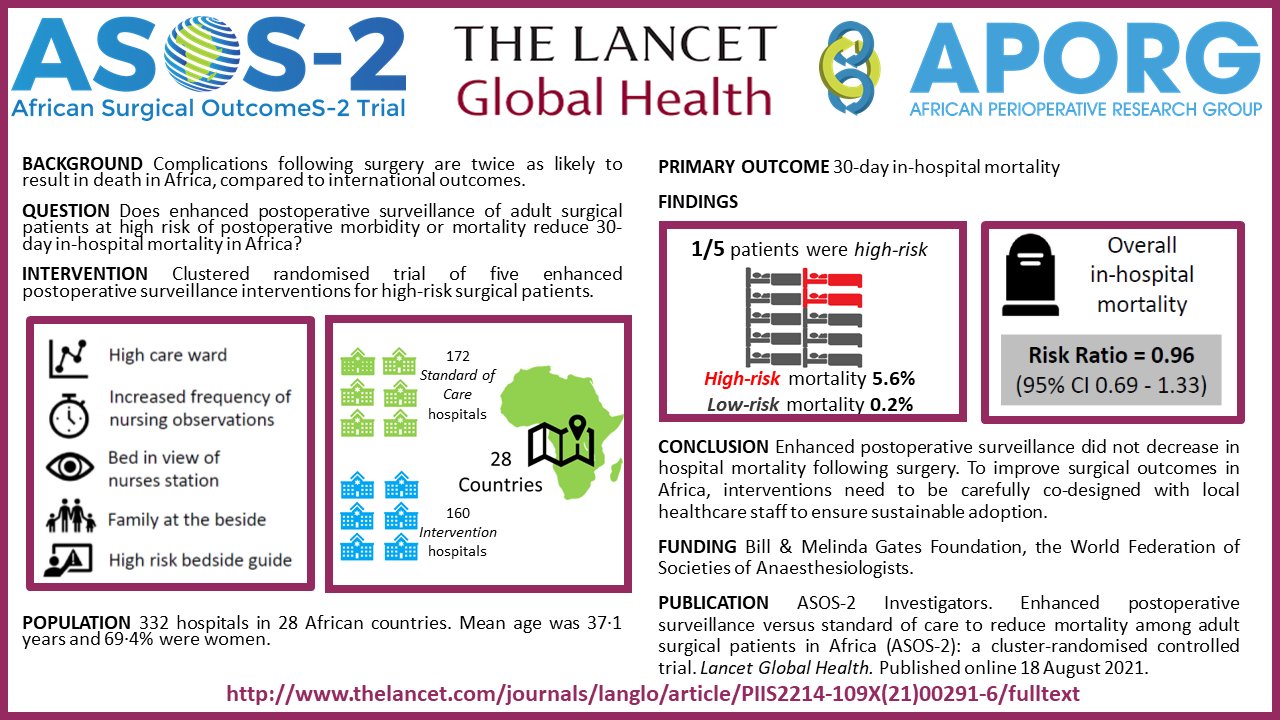 “While the intervention was designed and piloted before the trial to improve postoperative surveillance, the implementation of increased postoperative surveillance was less successful than we had hoped for. The work required of healthcare providers and investigator teams to implement increased surveillance was more than weanticipated; making it hard to implement the intervention in these resource-limited environments. Furthermore, even when patient deterioration was correctly identified, it is unclear whether the local teams had the means to escalate care appropriately to improve outcomes.”

Prof. Elfiky said that “a generic fix” for the excess surgical mortality in Africa didn’t workin this trial. However, the African Perioperative Research Group (or APORG) which conducted the trial, has demonstrated that it has the capacity to do perioperative research atscale in Africa. It is important that the APORG network continues to work towards solutions to decrease mortality following surgery through research in Africa. 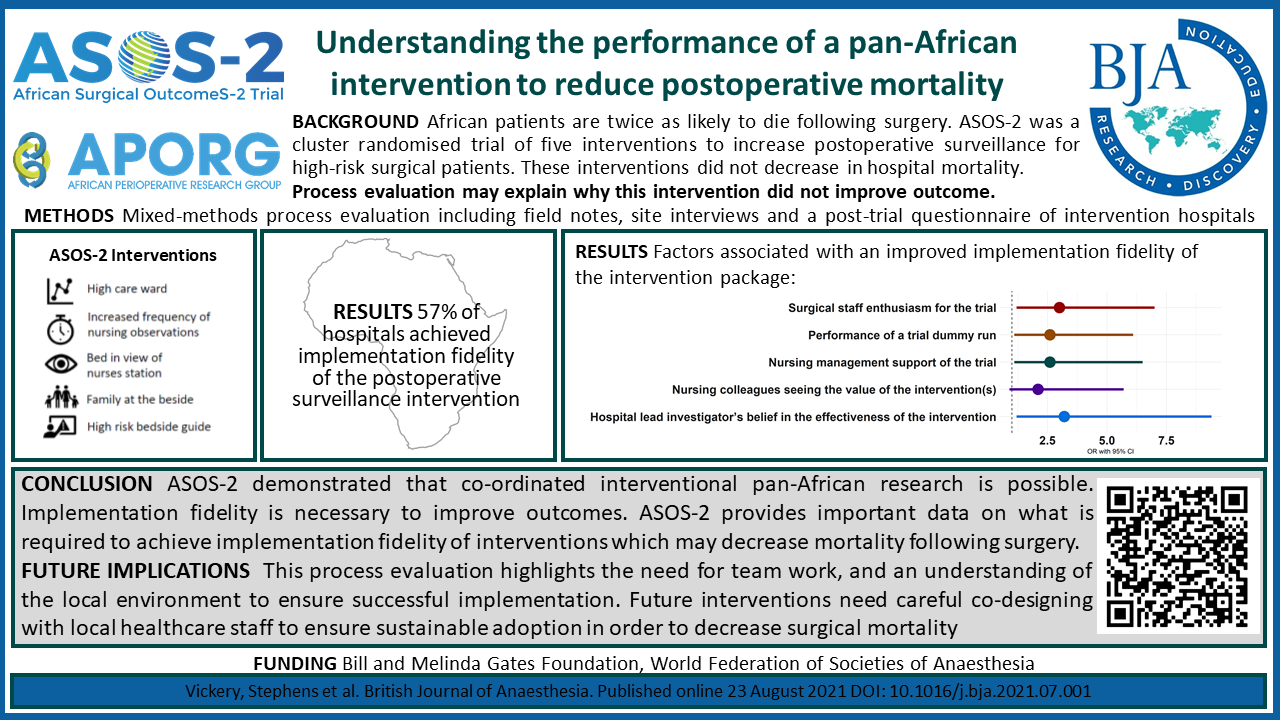 Prof. Elfiky concluded that; “Future projects will have an increased focus on co-designing interventions with the local teams and the use of proven strategies to ensure successful implementation.” There is an urgent need for novel solutions to surgical mortality in Africa, given the severe financial and human resource restrictions in this environment.  Despite this salient trial showing a dispiriting outcome, further work is to be published that looked at the contextual and environmental factors that contributed to the ASOS-2 trial findings (in British Journal of Anaesthesia). This work will provide the strategic direction necessary to ensure successful implementation of interventions to improve surgical outcomes in resource limited environments.

The study about post-operative death in Africa was funded by the Bill & Melinda Gates Foundation, and the World Federation of Societies of Anaesthesiologists.

Share
Facebook
Twitter
Pinterest
WhatsApp
Previous article
Tech Mogul Priven Reddy, launches Leap Aerospace to connect the World faster
Next article
When using your Phone helps You Succeed at University – and when it Makes You Fail