Health-care advocates called on Missouri lawmakers to allocate funds for Medicaid expansion right away, after the state Supreme Court ruled they must extend coverage to the 275,000 people who fall into what’s known as the Medicaid gap. That means they have incomes above their state’s eligibility for Medicaid, but cannot afford marketplace or employer-based insurance.

John McDonald, a retired carpenter who falls in the gap, said while the Legislature has played what he calls “political ping pong” with Medicaid expansion, he and many others are waiting on critical medical care, and emphasized expansion is going to be life-changing.

“I’m going to be able to live a longer life because I’ll have insurance to go to the doctors,” McDonald explained. “I can’t get a CT scan, I can’t get any of these things done for myself, because they’re so expensive. They’re thousands of dollars.” 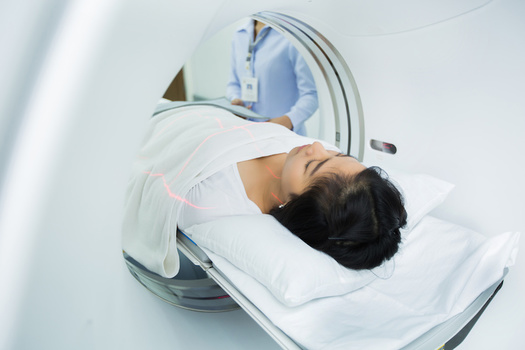 Lawmakers in Jefferson City have resisted funding expansion, even after voters approved it as a Constitutional amendment via a ballot initiative. Legislators said the costs won’t be sustainable, long-term.

In addition to providing health care to hundreds of thousands of people, budget experts say expanding Medicaid will boost the state economy and budget.

KJ McDonald, organizing director at Missouri Health Care For All, said federal funding incentives should allay lawmakers’ concerns. In addition to federal Affordable Care Act funding, which covers 90% of the cost of expansion, the American Rescue Plan included another 5% of the cost as an incentive for states that had not yet expanded Medicaid to do so.

“We saw lots of folks who were scared to go to the doctor if they were experiencing symptoms, because they were uninsured,” McDonald observed. “People who were unable to hold down a job or be able to stay home and take care of their symptoms because they didn’t have paid sick leave.”

The initial implementation date for expansion was July 1.

McDonald added getting people covered is especially urgent, with Missouri facing increased hospitalizations as the Delta variant makes its way through the state.