Going Sober in October Can Help You and Others

Ohioans are encouraged to participate in a new national challenge to improve their health and the lives of others. During the Sober October event, people of legal drinking age can pledge to abstain from alcohol for a month while raising money to help people in recovery.

Luze Frazier, director of marketing for SMART Recovery, a nonprofit program including a network of support groups in Ohio and other states, said one in four Americans reported increased alcohol use during the pandemic. 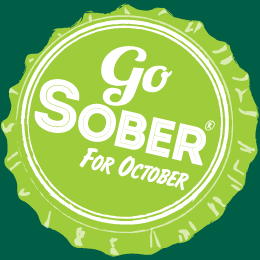 “People were isolated, they were without their normal support,” Frazier observed. “They were maybe bored and not going to work. So all these things contributed to people using alcohol more and some of them getting into trouble as a result.”

Among Ohio adults, 17% reported excessive alcohol use in 2020, according to the Centers for Disease Control and Prevention.

Frazier explained the challenge is not necessarily directed toward people who think they might have a drinking problem. He pointed out it is about showing solidarity with people in recovery. However, he noted, participants will likely experience the positive benefits of quitting alcohol, which include greater energy, better sleep and even weight loss.

Alcohol use is widely accepted in American culture, and Frazier acknowledged many people are able to have a couple of drinks socially without it becoming a problem.

“But there certainly is a kind of a level of encouragement out there to take part,” Frazier asserted. “The notion that you need alcohol in order to have a good time or celebrate or to be at a party, that needs to be addressed. In fact, many people report because they have a clearer head, and they’re not kind of losing control of their own senses that they have a great time.”

According to federal data, nearly 15 million Americans struggle with alcohol use disorder, including about 400,000 teenagers. But only 10% have received treatment. Excessive drinking is the third-leading preventable cause of death in the United States.

Miami Heat Beat The Sixers With A 4th Quarter Clinic