The Historic Secrets For Athletes In A Plant-based Diet

Many of us were told at school that if you want to be an athlete, you need lots of protein in the form of meat and dairy. These food groups are not our only source; protein is prevalent in plants too, and the latest research in nutritional science has shown that veganism is a healthier and more environmentally friendly approach when performing as an athlete.

The word vegan does not come from vegetables as most people believe. It comes from the Latin word Vegetus, which means strength of mind and body.  Many sports stars have grasped veganism as a way of life; meat-free athletes including tennis champions Venus and Serena Williams, Formula 1’s Lewis Hamilton, footballers Jermain Defoe and Jack Wilshere and former world champion heavy-weight boxer David Haye have already proven the performance-boosting power of a plant-based vegan diet.

“The strongest animals are herbivores; gorillas, cattle, elephants and me.”

The ideas that drive the vegan approach to living are not new; veganism and athletics goes back to the times of Plato. Everyone knew then that to be an Olympian you had to eat only plant-based foods. The Ancient Greeks, including Hypocrites, advocated a plant-based diet, for health as well as philosophical reasons. Pythagoras was a vegan and many followed his example.

If we fast forward thousands of years, we see that the likes of Leonardo da Vinci, Leo Tolstoy and Nobel Prize winners George Bernard Shaw and Isaac Bashevis Singer also chose to remove animal products from their diets. These great thinkers stated that consuming a plant-based diet created the best kind of mind and body. Albert Einstein said, “Nothing will benefit human health and increase chances of survival for life on earth as much as the evolution of a vegetarian diet.”

So, what secrets for success are found in a plant-based diet?

Amino acids are the building blocks of protein and abundant in plant foods. There are nine amino acids that the body uses to build and repair muscle. Athletes and exercisers need to ensure they are getting the right balance of these, but the body cannot produce them on its own.

Many plant-based foods overlap with two or more amino acids, so it is not difficult for athletes to ensure they are getting a good mix of amino acids each day. Some vegan proteins such as quinoa, buckwheat, hemp seed and chia seed content all the nine essential amino acids, and therefore are a quick and easy way for athletes to create and maintain that balance. These protein-rich foods help to improve cardiovascular health, overall endurance and muscle growth, while also providing more energy and reducing recovery time.

Opting for a vegan diet helps athletes to minimise inflammation in the body. During the recovery process following exercise, the body wants to reduce inflammation created from the exertion so that the muscles can properly repair and grow. Eating meat worsens inflammation as it is more taxing on your body. 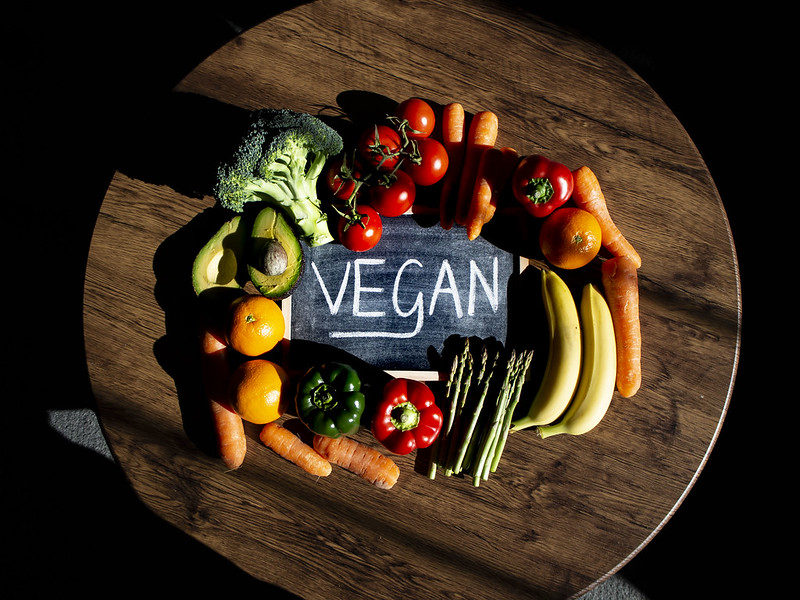 The right sources of protein

There is a misconception that in order to be strong and powerful, we must eat meat, but it is a myth that is fading fast. The truth is that all plants contain protein – that is where animals get them from.

Basic nutritional needs do not change with an increase in activity. Protein is used only minimally for fuel when compared with carbohydrates, as its primary function is to build and maintain body tissue. Unlike animal sources, plant-based protein sources contain fibre and complex carbohydrates which makes it a more powerful fuel for the body. While the average adult’s recommended protein allowance is 0.8g per kilogram of body weight per day, athletes may need to consume as much as 1.7g per kilogram of body weight per day. Additional protein sources such as beans, non-daily milks, nuts, seeds and soy products and can provide an extra boost when athletes need to keep going.

Avoiding excess in an animal-based diet

Carbohydrates are the primary fuel used during high-intensity exercise. Evidence shows that adding carbohydrates to your diet improves endurance and performance. Despite what many diets say, on a per-calorie basis, an athlete’s carbohydrate needs are much like anyone else’s. While specific recommendations for athletes may be justified depending on weight and activity type (e.g. carb-loading before a marathon), extreme strategies around carbohydrate intake are unnecessary.

It will likely come as no surprise that high-fat diets are not recommended for athletes. Controlling this when eating animal products is harder than a plant-based diet. Animal products are high in saturated fat, which can lead to heart disease, diabetes, weight gain, and other chronic conditions.

A plant-based vegan diet provides all the nutrients your body needs for training and competition. Because a plant-based diet is high in carbohydrates, low in fat, and rich in vitamins, minerals, and antioxidants, it can support or improve athletic performance. If this is the best fuel for athletes living at the extremes of human performance, then following their example will only result in superior nutrition and health benefits for all of us and our families.

Marlene Watson-Tara, author of Go Vegan and co-founder of the Human Ecology Project shares the age-old secrets found in a plant-based diet that are helping to boost the performance of athletes all over the world.