A program that helps Oregonians eat fresh food could expand with an assist from lawmakers.

Double Up Food Bucks matches Supplemental Nutrition Assistance Program, or SNAP, purchases up to $10 so that people can buy fresh fruits and vegetables. While it’s mainly been a feature at farmers’ markets, Oregon is in a pilot to test the program at grocery stores.

Eight grocery stores in seven counties are participating in the pilot.

Mason Durfee, Double Up Food Bucks coordinator with Oregon Food Bank, said they want to expand the program to 25 stores in 15 counties and serve more people of color and rural communities.

“We’re really looking at trying to bring this program to underserved communities who might have limited access to produce or who serve the communities in Oregon that we know are experiencing disproportionate impacts of hunger, especially under COVID,” said Durfee. 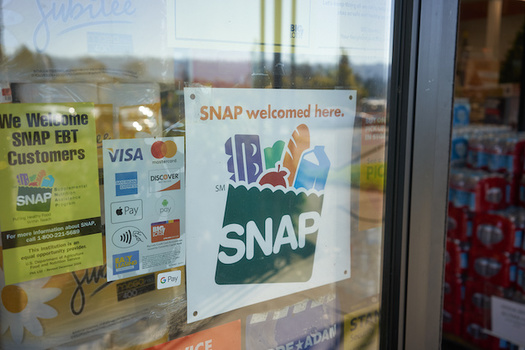 Oregon Food Bank says folks in these communities should reach out to them if they are interested in being part of the program.

An Oregon State University study found food insecurity rates doubled from 2019 to 2020 because of the pandemic.

Molly Notarianni, executive director of Farmers Market Fund, said participation in Double Up Food Bucks has also doubled in Oregon over that time. She said there’s plenty of room to expand: only about half of Oregon’s 120 farmers’ markets participate in the program.

“There’s a lot of communities that don’t have access to this really important program,” said Notarianni. “And we’re hoping, if lawmakers act, we’ll be able to expand the impact of Double Up across the state.”

Senate Bill 555 currently is in the Senate Ways and Means committee. The legislative session is scheduled to adjourn at the end of June.

A case that pits Big Pharma against Community Health Centers that serve low-income and uninsured patients advanced this week with opening arguments on Tuesday.
Legal

Aly Sosa Defines the a glimpse of all Facts of Practicing Law in the United States of America.