World Hunger Day is Friday, and Minnesota-based groups say hunger has become an even greater problem during the pandemic, across the globe and in your own neighborhood. They say cutting food waste is an important part of helping everyone get access to a meal.

Data from Hunger Solutions Minnesota show that last year, more than 3.8 million state residents visited a food shelf. Cathy Maes, of Loaves and Fishes, said its meal-distribution program has seen a lot more activity as well. She urged everyone to think twice about throwing away food from their kitchen that otherwise could go to someone in need.

“Look down your street,” she said, “and see if there’s a neighbor that might need it, or could use it in a different way that you didn’t think of.” 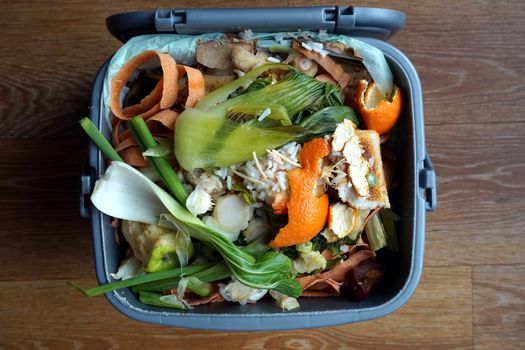 She was referring to food that’s still edible and safe to share. Maes said that even though the pandemic is easing and federal food aid continues, many households have empty cabinets. Non-perishable items also can be boxed up and donated. Last year, Loaves and Fishes served nearly 4 million meals to Minnesotans.

Maes said its Food Rescue program, which partners with restaurants, schools and businesses, collected 7.5 million pounds worth of meals last year and got them to those in need. She said they’re on that same pace this year.

“I think people are still just reeling,” she said, “and it will take some years until things get back on track.”

She noted that it also took a while to recover after the recession more than a decade ago. As for things you can do to cut waste, Maes said to avoid making large purchases from the grocery store, especially as you resume dining at restaurants and aren’t cooking at home as much.