A new report finds that Amazon‘s focus on speed comes at a cost to the company’s workforce.

An analysis of OSHA data by a coalition of four major labor unions finds the rate of workplace injuries at Amazon is nearly two times that of other non-Amazon warehouses and storage facilities.

Eric Frumin – director of health and safety with the Strategic Organizing Center – noted that in Illinois, multiple warehouses have injury rates even higher than the national rate. At a fulfillment center in Waukegan, it’s more than 5.5 times the national non-Amazon rate.

“The company has very, very demanding workloads and schedules and discipline systems for the people who work in its warehouses,” said Frumin.

An Amazon spokesperson told CNBC that the company is learning and seeing improvements through various safety programs, from nutrition and mental-health guidance to a “Working Well” initiative which includes stretching and guided meditation. 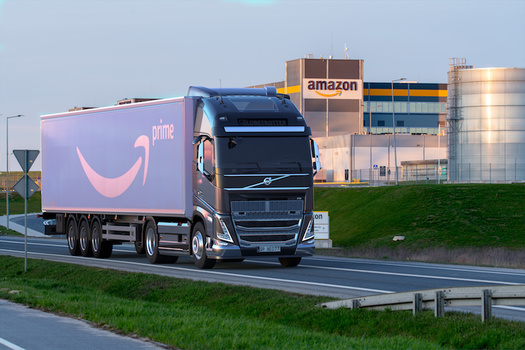 At the start of the pandemic, Amazon made operational changes that reportedly reduced production pressure on workers. But Frumin noted those changes were later reversed.

The report also finds that injuries are even more common among workers at delivery stations and delivery contractors. It notes delivery drivers report intense pressure to meet the company’s ambitious delivery deadlines, sometimes in bad weather or other poor conditions.

“Unfortunately,” said Frumin, “we’re seeing these terrible results where so many more workers in Amazon warehouses suffer injuries than in other warehouses, never mind in the workplace in general.”

More than 40% of Amazon workers who responded reported pain or injury from their job that required them to miss work – as well as nearly half of delivery drivers. And more than 80% of workers said their pain or injury was related to production pressure or speed.