The new trailer has just been unveiled for Dettori, a stunning new cinematic documentary telling the remarkable story of legendary jockey Frankie Dettori. It’s coming to selected cinemas and on Blu-ray, DVD & Download-to-Own from 15 November.

Dettori is the exhilarating, tub-thumping celebration of inspirational jockey Frankie Dettori, the rock star of racing and one of the most decorated sportsmen of all time, named Longines World’s Best Jockey for the last three years. 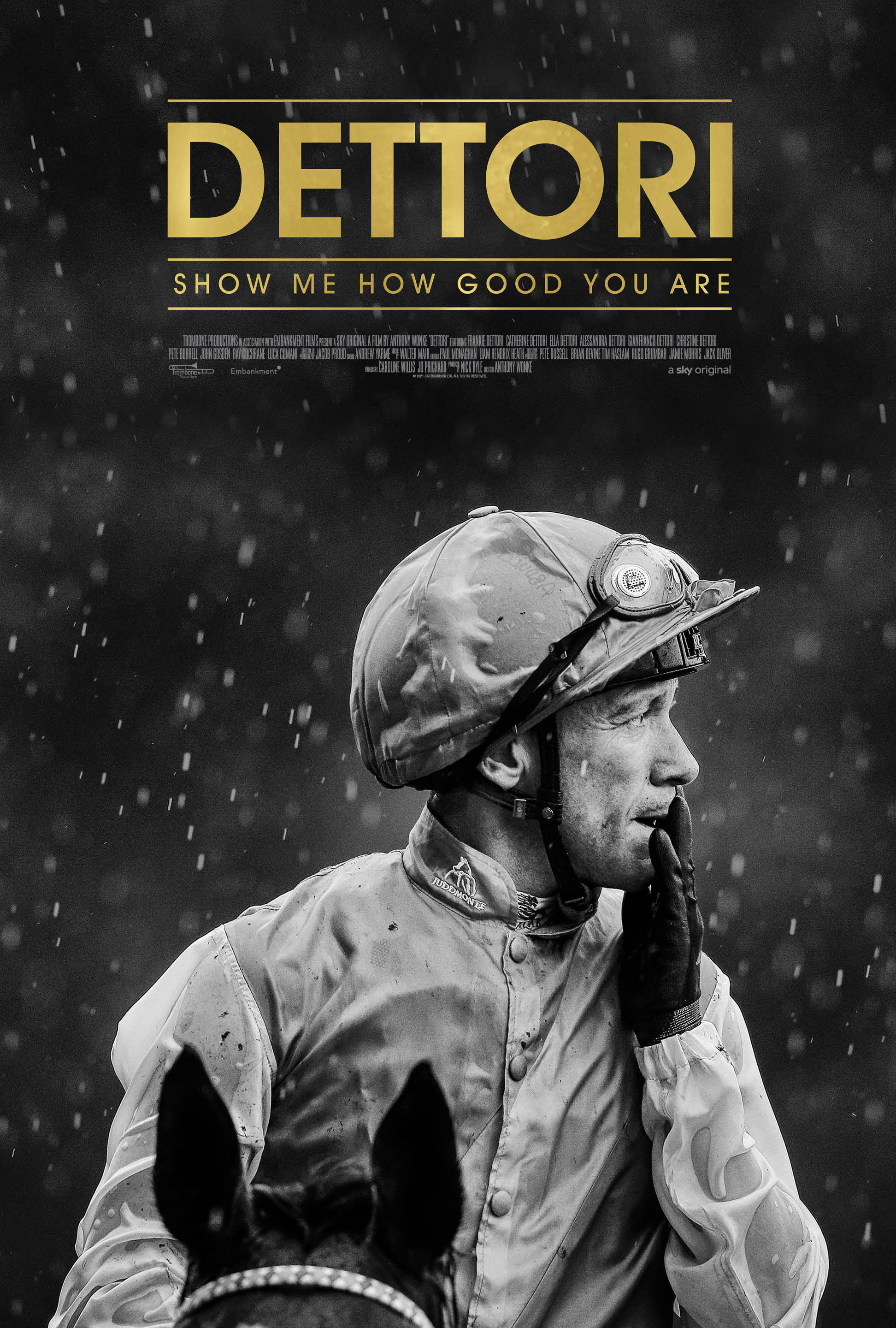 Winner of over 3000 races, and fondly seen as the happiest man on the circuit, Dettori has led a seemingly charmed life. But his true story is one of titanic struggle, transformation and renewal. Stepping out from the shadow of his own champion jockey father, escaping from the inferno of a deadly plane crash, overcoming a drug scandal, yet repeatedly pushing himself to new heights of success, he has proven himself to be the best, time and again.

Dettori offers an intimate, behind-closed-doors look at Frankie and the inner sanctum of the racing world.

Leap of Faith, the new autobiography by Frankie Dettori, is available 28 October from HarperCollins on Amazon.com.