Philo Programming Highlights of the Week!

In celebration of Women’s History Month and International Women’s Day, Philo has released a curated collection titled “Celebrating Women.” The collection will include movies and shows that magnify female experiences, explore narratives centered around women, and commemorate their vital role in today’s society. A few of these titles include:

And many more! You can find the collection at philo.tv/celebratingwomen. 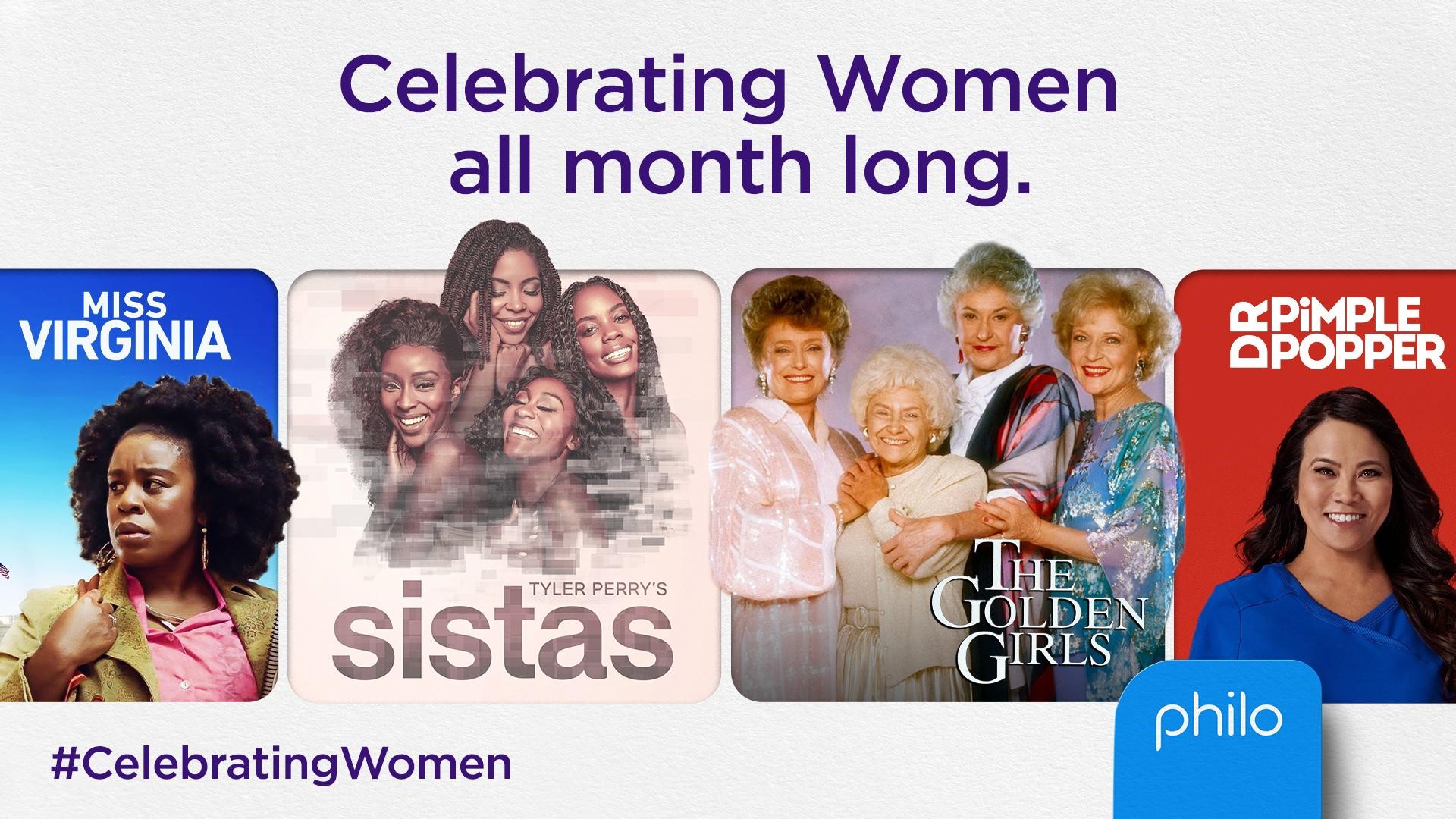 Vice takes a deep dive into their hit series, Dark Side of the Ring, with creators Evan Husney and Jason Eisener. The two aficionados will sit down with special guests for a round table discussion about episodes from seasons one and two—circling back to unanswered questions, uncovering new secrets and never-before-seen moments. Watch the premiere of Dark Side of the Ring: Confidential, premiering Tuesday, March 9, at 9pm.

Watch as Kenan Thompson hosts Nickelodeon’s slimiest night of the year, Saturday, March 13th, at 7:30pm! Kids and teens have chosen their favorite stars from across the worlds of film, television, music, and pop culture. This year Thompson will host the Kids’ Choice Awards virtually, traveling to outer space, Bikini Bottom, and right into celebrities’ homes using XR technology.

Candace Cameron Bure stars as Aurora Teagarden, a librarian who solves mysteries in the small town of Lawrenceton, Georgia. When her mother’s client is murdered, Aurora sets out with The Real Murders Club to solve the mystery. Watch the premiere of Aurora Teagarden Mysteries: How to Con a Con, Sunday, March 14th at 8pm on Hallmark Movies & Mysteries.

The path to recovery is never an easy one. Intervention is a reality series that follows people impacted by addiction and the effects their illness has had on those closest to them, resulting in an uncomfortable yet inevitable intercession. Watch the new season Monday, March 15th at 9pm on A&E.

Mama June gained fame as the mother of beauty pageant princess Honey Boo Boo. Now the mother of 3 is gaining notoriety in a different way due to the aftermath of last season’s whirlwind of events. Catch the season 5 premiere of Mama June: Road to Redemption on Friday, March 19th at 9pm on WEtv.

Lifetime, the exclusive home for V.C. Andrews movies, is debuting four new films this month that focus on the Landry family and
their deep dark secrets. The first movie, Ruby, follows a young woman that is forced to flee from her home in the Louisiana Bayou to New Orleans and move in with her estranged father. While living with her father, stepmother, and new siblings, she is subjected to unspeakable torment and uncovers family secrets and betrayals. Watch the premiere of Ruby, Saturday, March 20th at 8/7c. 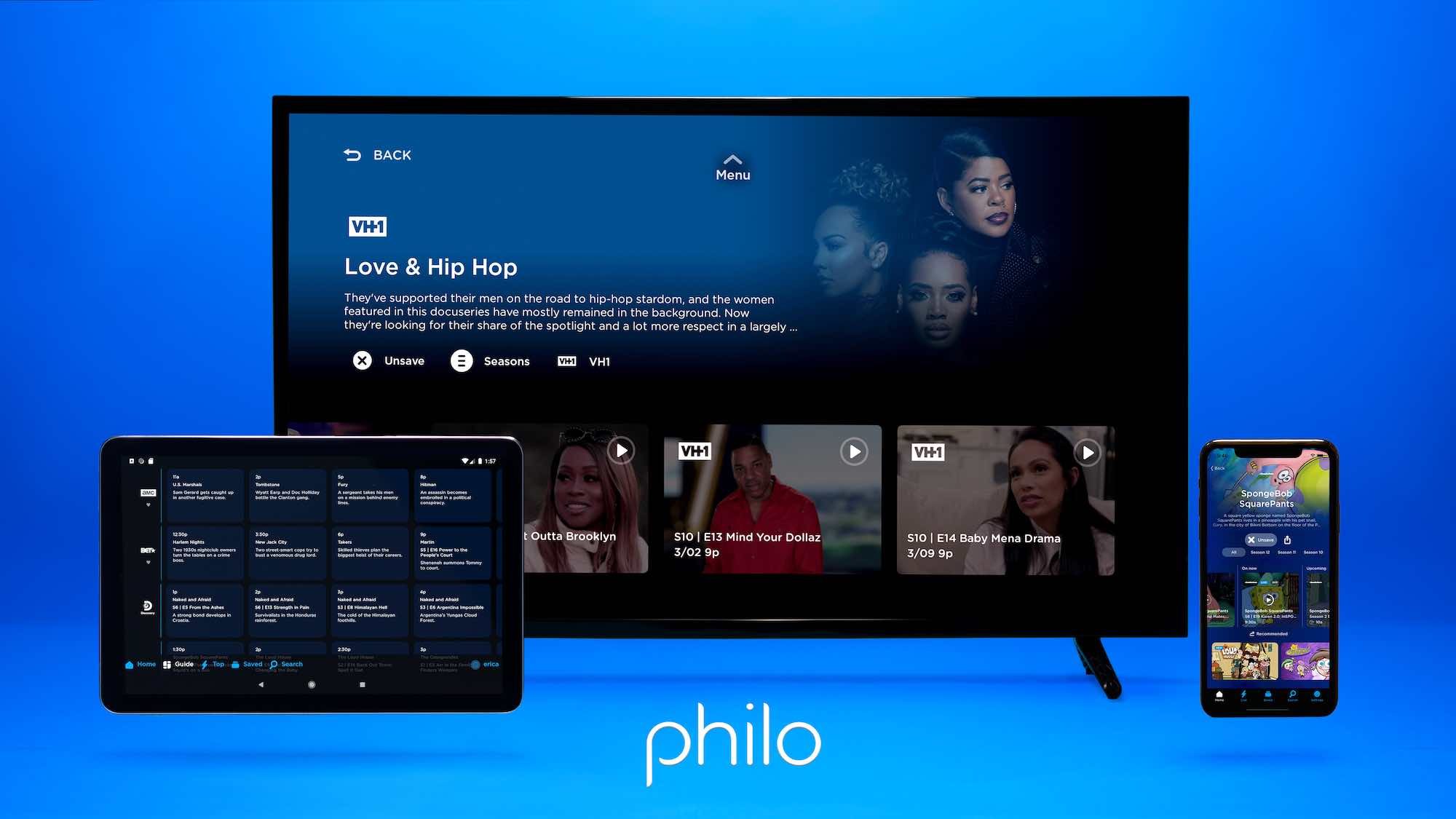 Philo is the most affordable way to watch these and other shows. Philo has 60+ top-rated television channels, including AMC, A&E, MTV, BET, Discovery, VH1, Food Network, History, Nickelodeon, OWN, TLC, Lifetime, Hallmark, Paramount, TV One, and more for just $20/month! Philo also offers premium add-on channels, including EPIX and STARZ. You can watch Philo wherever you like! Stream on your mobile Apple or Android device, watch on web browsers, cast on your FireTV, Roku, GoogleTV, and now Chromecast via Android devices.

Philo has live and on-demand TV shows and movies, up to 3 simultaneous streams, and an unlimited 30 day DVR. You can save anything currently airing or scheduled to air on Philo, and it will be made available to you for 30 days. Best of all? You can fast forward and rewind your DVR recordings to your heart’s content. Click here for instructions on how to use Philo’s DVR.

Philo also has more than 60,000 titles available on-demand – just look for the “VOD” tags on Show Profiles. Unfortunately, VOD content can’t be fast-forwarded, but if there’s something you may want to watch in the future, make sure to mark it as “Saved”.
Philo offers a 7-day free trial for new users. Users can sign up today with a credit/debit card at Philo.com.