According to the composer, AJ Grain, “I had a dream” when young that he had composed the UK entry for Eurovision. That dream remained vivid, as such he composed a song years later, very Eurovision, VERY ABBA intending to submit to the song contest, BUT due to various setbacks, and finally the organisation the contest being taken private and closed to public submission, the dream was over and the song looked destined for the dusty shelves of history. 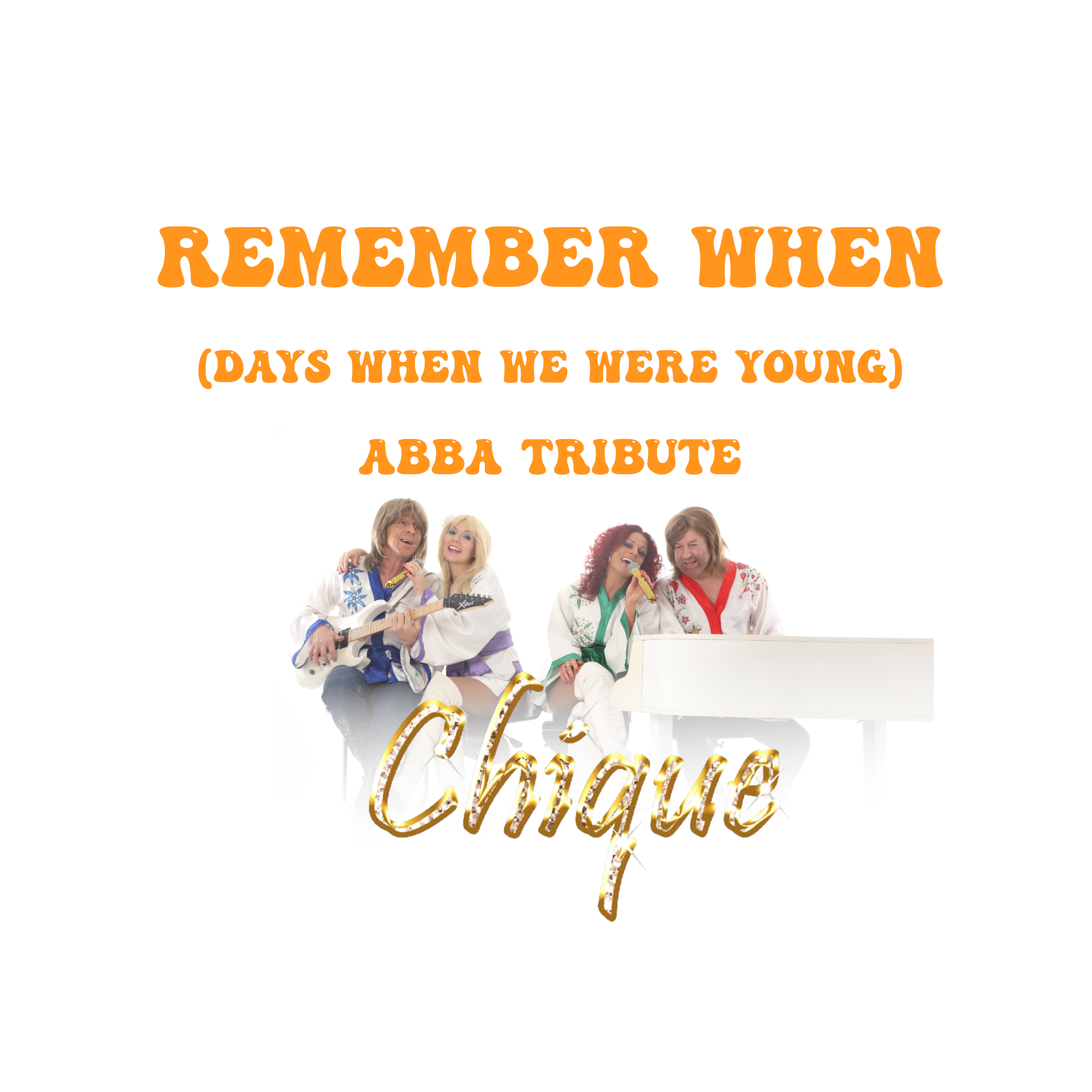 BUT after watching a tribute show on BBC TV, staggered by one particular acts performance, the song was offered to the UKs go to ABBA tribute act, Chique ABBA Tribute, whose version of Waterloo has recently surpassed 1 Million views on YouTube. Ainsley, manager and singer (Anni-Frid) with group said “we took one listen and instantly recognised the ABBA sound and style” The song was recorded under lockdown conditions, mixed and mastered over several weeks.

The song is essentially about the groups relationship, despite the ups and downs, their friendships have endured throughout the years.

The song is also a tribute in itself to ABBA from a fans point of view, about a couple, and their relationship with ABBA’s music through out the years, and like ABBA have shared the same experiences of friendships, break ups, good and bad times, but in the end whose love for each other has endured throughout the years.

A version of the song was even sent to Benny Anderson in Sweden.

The song also references one of ABBA’s songs in its lyrics, (can you guess which one?)

The video is cleverly set on an abandoned stage, symbolising the recent effect of lockdown, and features the virtual story of the tribute band on large monitors, including footage of early gigs, concerts and festivals over the years PLUS a special guest appearance by ABBA during Chique ABBA Tribute’s own SKY NEWS interview. The band were interviewed by SKY TV news when ABBA originally announced they were reforming for new music releases.

Ainsley from Chique Abba Tribute said “ABBA fans have been starved of new material for so long, so we thought we would be the warm up act for the real thing”. So here it is, (the song you could have had for Eurovision) the greatest tribute, by the hottest tribute to ABBA to the greatest supergrouper in the world, ABBA.

Established in 2009, ABBA tribute band – Chique have since become one of the most sought after tributes in the country, regularly performing sell-out shows all over the UK and abroad. The Band were recently one of the headline acts at the Isle of Wight Jack Up event, and have a busy calendar for the rest of 2021.

Made up of pro musicians with a wealth of experience in the business, the band pride themselves on their authentic ABBA sound and look, providing a professional, polished show – popular with all ages of audiences. ​All the glamour & glitz of a real ABBA concert, with stunning costumes, made with attention to detail of ABBA’s original designs, and a powerful stage presence full of energy and fun, you’ll feel as if you were back in the 1970s!

In collaboration with The Andy Warhol Foundation, Kidrobot is issuing just TWENTY carefully crafted 20-inch Dunny sculptures in honor of the artist
Home

Fuerteventura – What to Visit?

Fuerteventura is mainly associated with beaches and relaxation in a warm place - of course, it meets these expectations