Breaking barriers in the USA

Mexican singer-songwriter Gloria España continues to break down gender barriers in the United States to show that her music is aimed at all who listen to it, especially women.

España was in the middle of recording her first single “Boca de Agua” when the pandemic struck, causing her to stop preparation of her long awaited album. 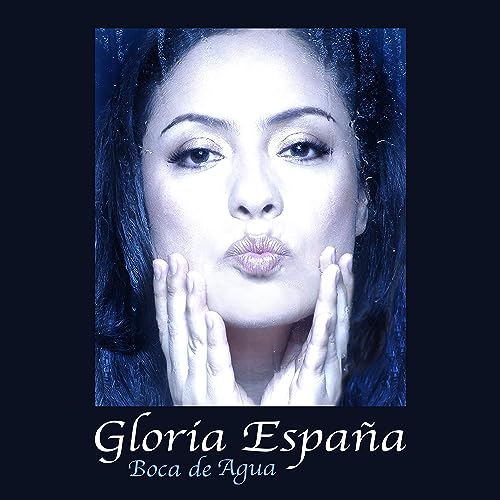 “For me to sing and compose, to be able to express with music and voice the feelings of the soul is a great blessing. When your work is your passion, the feeling is exhilarating.”

Today women are advancing in different fields, and the progress in the music industry has significant, as evidenced by Gloria España‘s career as a composer.

Her contribution to an industry in which men predominate is to tell a story from her point of view, from the way she sees life. Most of España’s songs are generally very feminine stories. Such is the case of “Boca de Agua,” a song that will be part of her much anticipated album which will contain songs mostly told from the female perspective. The singer-songwriter has also composed many successful songs for male singers proving her songwriting ability knows no limits.

The work of the composer Gloria España is very significant in the world and in the United States since many of the greatest hits at the moment in Spanish and English have been written by women. The feminine point of view through composition is basic and important. España comments “there are many women composers who are still at home, there are those who are beginning to emerge and it is necessary that they arise, so the music industry at the composition level would be of more colorful with many varied voices.”

España recognizes that people have a deep personal connection to her songs. España comments “The best that a composer can do is to connect with people through their songs. People identify themselves with music, and through the song they can express what they feel. Music is a connection to the soul, it is a way of freely expressing what we feel.”

Gloria España currently produces new songs for other artists and for her own production as a singer-songwriter that she hopes to release soon.

Originally from Oaxaca, Mexico, the singer-songwriter realized her inclination for music at an early age. She began to play piano at the age of 15 and later the guitar. During the following years Gloria alternated music with school studies, taking courses for a career as an Industrial Production Engineer. In 1990 she obtained the National Music Composition scholarship, a very exclusive scholarship since it is only given to 60 composition talents in the country. This support is granted by Televisa and is a two-year workshop led by the prestigious author Amparo Rubín. At the same time, she entered the National School of Music of Mexico City where she studied harmony, composition and rhythmic. She was a semi-finalist at the national festival “Valores Bacardí” in Mexico City and later a member of the participating cast of the OTI International Song Festival in which she participated as a singer-songwriter, where she was selected from among thousands of participants as part of the 40 finalists.

She is co-author of the song “La Primera Vez” included in the album of the renowned and successful telenovela of the 90’s, “El Abuelo y Yo.” The song of Gloria España’s authorship “El Culpable Soy Yo” performed by Cristian Castro was the main theme of the telenovela “Vidas Cruzadas” starring Kate del Castillo and Guy Ecker, a telenovela that marked the beginning of telenovelas on the Internet. She studied vocal technique with teacher and producer Pedro Gerardo Bader, who later became her husband. In addition to being a composer and producer, Pedro Bader is one of the most internationally recognized teachers in the area of professional vocal technique.

Here is our list of some of the best life tips, whether you tried the some of them or not all yet or are taking steps in that direction!
Education