Supporters from both sides of the aisle are touting a $1.2 trillion infrastructure framework taking shape in Washington, D.C.

Backers said it will be a boon for rural states such as Idaho, promising to deliver 100% broadband coverage to communities and fix crumbling roads and bridges.

According to a White House fact sheet, it would also invest $52 billion to help communities build resilience to wildfires and floods, through forest management and infrastructure upgrades.

“We’re talking about building the kind of resilience that we need to build now because we’re seeing such extreme heat and drought, as well as wildfires,” McCarthy explained. “Wildfires no longer have a season.” 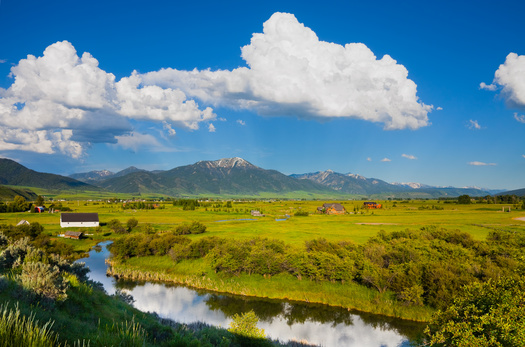 McCarthy added nearly all the West is facing some stage of drought, and investing in water storage for the region will be critical as well.

But the infrastructure framework faces criticism from both ends of the political spectrum. Liberal members of Congress argued it doesn’t invest enough to counter climate change, while conservatives countered 2017 tax cuts shouldn’t be undone to pay for it.

“There’s been disinvestment in some of the poorest rural areas, and it’s time to rebuild those areas and to build the kind of good-paying union jobs that helped us grow the middle class before,” McCarthy asserted.

She also wants young people to be part of the solution, helping with the management of forests, so they’re less susceptible to wildfires, for instance.

“We want to get a new civilian climate corps started,” McCarthy remarked, “So that young people can be out in rural areas and on our public lands getting an understanding of how they can do an apprenticeship with some of the unions and learn new career paths.”

Senate Majority Leader Chuck Schumer, D-N.Y., recently said the Senate may work into the August recess in order to get infrastructure legislation passed.

Short term rental accommodation business, UnderTheDoormat, has published five top tips to address the most common concerns that homeowners have when they are considering renting out their home as a short term let.
Read more

Short term rental accommodation business, UnderTheDoormat, has published five top tips to address the most common concerns that homeowners have when they are considering renting out their home as a short term let.
Read more
Entertainment

Growing Movement: Tampa Is Occupied As The 99% Roar