On Earth Day, Environmentalists Push to Save Bees

Today is Earth Day, and environmental advocates are calling on citizens to do their part to save the bees.

National agricultural statistics show the honeybee population has declined about 60% from 1947 to 2008.

Malia Libby, Save the Bees conservation associate for Environment America, said eliminating certain pesticides in backyards, gardens and parks is one way to save these vital pollinators, and the sooner, the better. 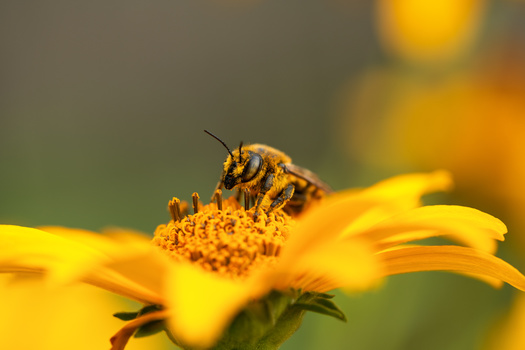 “These pesticides are really persistent as well; they’ll last in the soil or groundwater for years after they were last supplied,” Libby explained. “So the sooner we can get rid of them, stop putting them out into the environment, the sooner we’ll be able to see those benefits.”

A 2018 report shows even after the European Union placed a moratorium on the pesticides, residue still showed up in honey samples. Other states have enacted laws to ban the pesticide, but Libby noted legislation to protect bees in Florida hasn’t been proposed in years.

She pointed out the next Farm Bill, due in 2023, is another area of focus for Environment America. They hope to see the U.S. transition to more sustainable agriculture systems that would create less dependence on pesticides in the first place.

“Systems like crop rotations, cover crops and prairie strips we’re really interested in,” Libby confirmed, “Because they have a really high potential of decreasing the amount of pesticides that farmers need to input into their farming process.”

Libby added people also can do their part to help bees by building suitable habitats in their own communities.

“Always planting natives is a great way of doing so as well as planting a diverse set of plants,” Libby explained. “This gives bees a wide variety of food options to choose from and ensures that the plants that they might need to survive are probably there.”

She added Environment America has a list of more than 50 virtual Earth Day activities posted online.