How Climate Change Is a Workers’ Rights Issue

A deadly heat wave in the Northwest is laying bare the link between climate change and the rights of workers.

Summer Stinson, executive director of the Seattle-based nonprofit Economic Opportunity Institute, said people were advised to stay inside and out of the heat as temperatures rose, but that wasn’t an option for everyone.

“So much of what the city or the state recommended for staying inside did not contemplate people either being unhoused or needing to work outside during the heat,” Stinson asserted.

Seattle, which reached a record high in June, did open cooling centers across the city. But in the Pacific Northwest, the heat was blamed for hundreds of deaths. 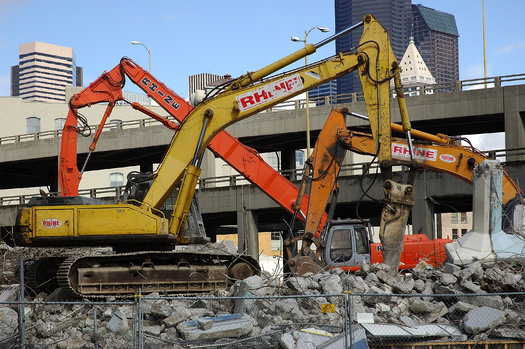 Stinson noted even for folks who work inside like restaurants workers, closing the workplace due to heat comes with a catch: if they aren’t working, they also aren’t getting paid.

“There just becomes a bigger and bigger divide of the haves and the have-nots,” Stinson observed. “And we absolutely need to remember that we are a collective, that we share this earth, and that we are all in this together.”

“Protecting workers is absolutely necessary, but without systemic change to actually address our climate crisis and try to reverse some of the damage to our planet, all we are doing is basically putting a band-aid on a gaping hole and wound that we have given our planet,” Stinson concluded.