This spring, pollinator gardens are gaining popularity – but some well-meaning gardeners may not realize they could be harming the species they’re trying to protect.

Plants sold at many retail nurseries to attract bees and butterflies actually contain pesticides that can kill or sterilize pollinators.

Aimee Code, pesticide program director at the Xerces Society for Invertebrate Conservation urged consumers to ask questions before they buy.

“To make sure that we’re doing the right thing for those pollinators,” said Code, “it’s worth going to your nursery and asking them, ‘Are you using neonicotinoids on these plants? Do you talk to your supplier about their practices to protect bees?'” 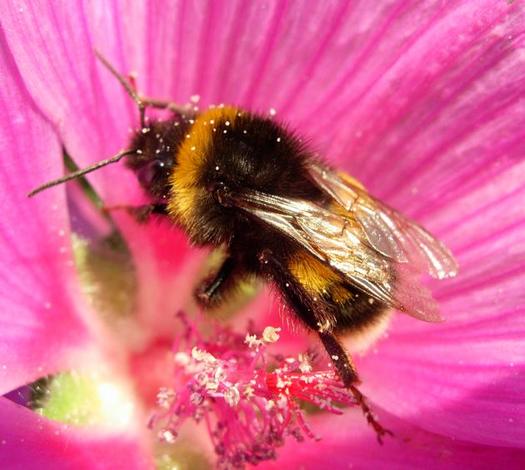 You can find a tip sheet with other questions to ask on the Xerces Society website. They also have a guide for nurseries on how to repel pests without using harmful pesticides.

A 2019 study from the University of New Hampshire found 14 bee species native to the Northeast are in decline, including yellow-banded and rusty patch bumblebees that were once common.

Lowe’s and Home Depot did stop selling plants grown with neonicotinoids, but conservation groups want them to go further and ban other types of pesticides as well.

Code said shoppers should ask for organically grown plants, and be willing to accept them – even if they have a few blemishes.

“Consumers want perfect plants that appear fully healthy, so any little nibble, any little ‘off’ color concerns the consumer,” said Code. “And that actually leads to pretty heavy pesticide use in the nursery industry.”

A 2014 study from Friends of the Earth tested plants across the country and found pesticide residue was ubiquitous – not only on farms, but at parks, gardens, nurseries and even wildlife refuges.

It is not shocking that HydraFacials have become one of the most well-known face trends in the contemporary day.

Mental-health experts are urging both students and parents to familiarize themselves with the school's on-site mental-health resources.
- Advertisement -