As Florida faces the consequences of climate change – from rising sea levels to more frequent and more severe hurricanes – experts predict many coastal communities will be displaced in the coming years.

John Paul Mejia, a Miami-based organizer with the Sunrise Movement, said many Black and Brown people in his city live on high ground while more white, affluent folks live near the coast. He said sea-level rise is prompting developers now to gentrify many of those higher-elevation neighborhoods.

“Organizers down here are fighting for just, affordable housing practices,” he said, “reining in developers from taking away the homes and destroying the communities like Little Haiti.” 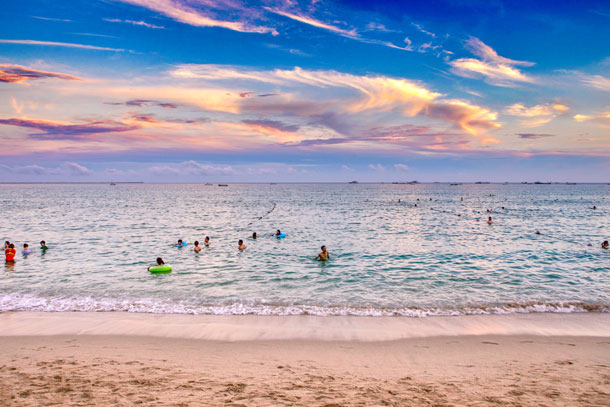 Mejia noted that retreat and displacement policies for the future already are in the works in many Florida communities. He said inland cities and towns will have to be prepared for an influx of people fleeing the coast as the sea level continues to rise.

As lawmakers prepare for displacement within the country, Mejia said he thinks they also need to adapt immigration policy. He says it’s critical to provide support to migrants – for example, farmers from Central America, coming to the United States to escape drought conditions.

“We know that we, as a country, have been historically responsible for a majority of greenhouse-gas emissions,” he said, “and we have to bear the brunt of accountability when it comes to dealing with the effects of that.”

Ericka Pino, chief meteorologist at Univision, pointed to research that shows the global climate crisis could displace 2 billion people in the next 80 years.

“People are moving around because they’re losing their homes,” she said. “Where they’re coming from, specifically, it doesn’t just have to be Central America, you know; there’s other places that are being affected by extreme typhoons and earthquakes.”

In his first week in office, President Joe Biden has taken steps to reverse Trump administration climate-change and immigration policies – from cancelling the Keystone XL pipeline and rejoining the Paris Agreement to canceling border-wall construction and protecting the DACA program.

Health advocates are hailing the new Inflation Reduction Act, saying it would be the biggest health-care reform since the Affordable Care Act.
Environment

Dwight Howard Decides To Stay With The Orlando Magic