Got a grizzly problem?

A Defenders of Wildlife program is helping folks deter bears from their property, by reimbursing landowners and businesses for half the cost, up to 500 dollars, for the cost of an electric fence.

Now in its 11th year, the Electric Fence Incentive Program helps people install fencing to protect a range of bear attractants, including livestock, gardens or dumpsters behind businesses. 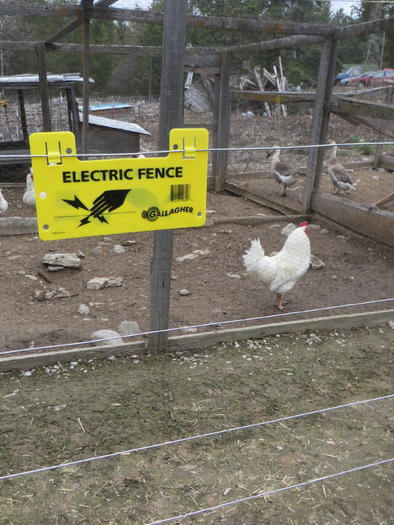 Russ Talmo, Rockies and plains associate for Defenders of Wildlife’s Missoula office, helps install fencing, and said they work with everyone, regardless of their fondness for bears.

“By providing a relatively simple and straightforward conflict-prevention tool like electric fencing, we’re able to stop those conflicts,” Talmo explained. “And we have effectively found that people are much more tolerant of bears being around if they’re not causing them any problems.”

Talmo pointed out the fence’s shock is painful enough to dissuade bears from trying to cross over it again. He noted the program is scheduled to complete its 500th fence this year, and has reached Idaho, Washington and Wyoming.

Talmo started working with the program in 2012, and said attitudes toward the conflict-prevention tool have changed over the years.

“I would get calls from folks who were, like, ‘Yeah, so I’ve heard that maybe this is something that could help,'” Talmo recounted. “And since then until now, that sort of perception has changed. It’s more widely accepted as, like, ‘We know this works. I’ve seen that it’s worked. It’s worked for other people. I would like to do it as well. Can you help?'”

Talmo added his organization has partnered with the U.S. Department of Agriculture Wildlife Services, and the partnership yielded an extra 20 fences in 2020. Wildlife Services was also the most common source of information on the program, followed by state wildlife managers.

Although Black Friday is still a few weeks away, here we outline four reasons as to why shoppers need to start planning now.
Read more
Home

If you are planning to invest in a spanner set, a number of questions may come to your mind, including the spanner types you need for different uses
Read more