A bill to tackle contamination from so-called “forever chemicals” known as Perfluorinated and Polyfluorinated Substances (PFAS) is moving through Congress.

PFAS is used in a range of consumer products and linked to a variety of health problems.

The chemical essentially does not degrade, and according to the Centers for Disease Control and Prevention, most Americans have PFAS in their blood.

Sonya Lunder, senior toxics policy advisor for the Sierra Club, explained PFAS contamination has been on the radar of environmental advocates for decades, but federal regulators didn’t start paying attention until the turn of the century, when evolving research uncovered the prevalence of chemicals. 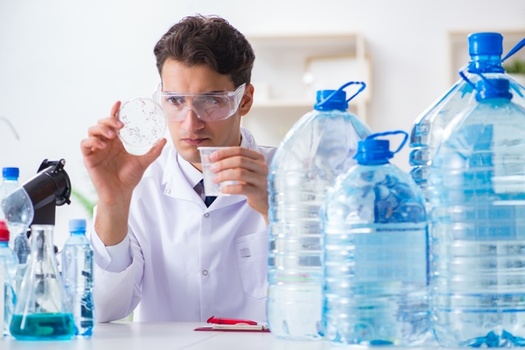 “It’s been maddening for environmental advocates, because PFAS chemicals are used so widely in things like microwave popcorn bags, or to make fabrics or rugs stain resistant,” Lunder stressed. “However, the chemicals in the environment build up in our food. They’re in the water we drink. They linger in our body for years.”

A recent study detected PFAS at nearly 70 sites in Ohio. The bill would accelerate the response to PFAS contamination and direct the EPA to establish federal regulations.

However, Lunder pointed out Ohio’s threshold is much more lax than other states, and at least 31 systems exceed the most protective drinking-water standard. She added some states are going beyond testing and taking steps to prevent PFAS contamination.

“There are so many things that need to be done, and it is very cumbersome in these state-by-state approaches,” Lunder contended. “They’re paving the way, they’re showing us what is possible, but what we really need to level the playing field to protect everybody and to do this more quickly is federal action.”

Moving forward, Lunder emphasized more needs to be done to prevent the need for regulators to continuously play catch-up. She argued for too long, chemicals have been created and marketed without enough research on the long-term impacts.

“Until we have a much better integrated system using better judgments and a more precautionary view, we’re going to continue to find that these pollutants are widespread in the environment, impacting everyone in costing us an incredible amount of money,” Lunder remarked.

The PFAS Action Act of 2021 passed the House with bipartisan support. Rep. Mike Turner, R-Dayton, was the only Ohio Republican to vote in favor.