Barriers like financial constraints, family obligations and involvement with the justice system are preventing some Black Floridians from achieving the same postsecondary access and participation as their peers.

A survey from the nonprofit Helios Education Foundation found Black students in Florida earn two-year college degrees at rates 10% to 15% lower than other racial groups.

“Black students tended more often to talk about that they needed to help provide financial support for their families, or actually financially support themselves at a higher rate,” Perrault observed. “Having to balance college and work, they had more circumstances or kind of life experiences that were going around that they had to navigate.” 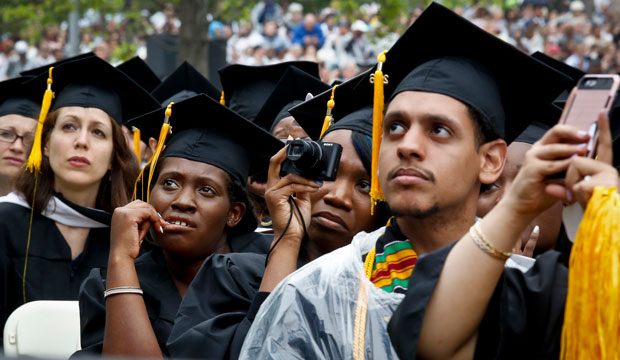 Helios advocated for a five-year plan to address finances and other barriers, through what it calls “holistic partnerships” between K-12 schools, state colleges, social service agencies and other groups to improve higher-ed opportunities for Black Floridians.

Courtney Brown, vice president of impact and planning for the Lumina Foundation, said cost is the primary reason more than half of all unenrolled adults said they have not completed college, but Black students have more interest in postsecondary education than other groups.

Brown noted Lumina’s 2022 State of Higher Education Report showed minority students across the country would benefit from increased support to help them juggle multiple responsibilities and stay in school.

“Black students and multiracial students were the highest percentage of those considering re-enrolling or enrolling,” Brown explained. “And that’s over whites and Asians. Of course, these are the same individuals in the survey struggling to stay in; stress and cost are prohibitive factors for them.”

The latest Lumina Foundation/Gallup survey said 51% of Black and multiracial U.S. adults without a degree have considered enrolling in a post-high school certificate or degree program in the past few years, a rate higher than Asian, Hispanic, Native American or white adults.

Support for this reporting was provided by Lumina Foundation.

This article will provide some techniques to understand how to write a winning dissertation within 2 weeks or less than 2 weeks.