Supporters of the U.S. Postal Service are pressing for passage of a bill to shore up the troubled agency. Twin versions of the bipartisan 2021 Postal Reform bill in the U.S. House and Senate are currently winding their way through committee.

John McHugh, a former congressman and Secretary of the Army, serves as president of the Package Coalition, a group of businesses, including Amazon and EBay, that rely on the U.S. Postal Service to deliver their goods.

He said the bill allows the Postal Service to restructure their pension obligations without cutting benefits to current retirees.

“That’ll give them the opportunity to right the ship, from a budgetary perspective,” McHugh contended. “To make those critically important overdue investments into their infrastructure, their truck fleet, into the kinds of things that will help them become more efficient, more effective and more affordable.” 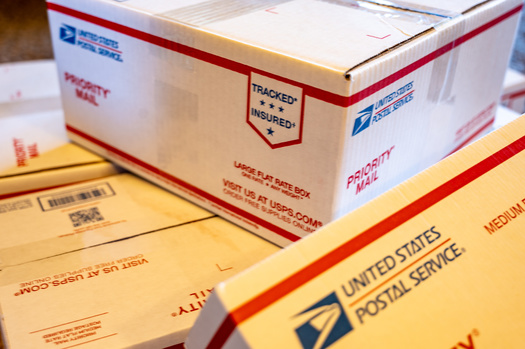 The bill codifies the public service commitment to deliver mail and packages Monday through Saturday to 160 million addresses in the U.S.

“There are those, particularly private express carriers that compete against the Postal Service in this area, who would like to see the Postal Service become less efficient, so that they can increase their prices,” McHugh alleged.

Barbara Sawrie, co-owner of 1st In Line Animal Grooming Products in Reno, which ships its wares across the country, said the company relies on the Postal Service for about half of its deliveries.

“Especially with our horse products, we need products delivered to rural areas,” Sawrie explained. “It’s a lot more inexpensive with the postal service delivering that versus if we were to go to UPS or FedEx, so it’s definitely a benefit to us.”

Postmaster General Louis DeJoy, who took over during the Trump administration, supports the reform bill. He has proposed a ten-year plan, which he said would put the agency on a stronger footing by emphasizing the more-profitable package delivery business.

Here are answers to the top 5 FAQs on executive rentals in Raleigh, NC
Business