Bitcoin (BTC) will trade flat for the remainder of the year, but 2025 could see new heights not reached before, according to Finder’s latest BTC price predictions report.

“Bitcoin is suffering due to external macro conditions. My 2025 price prediction will depend on the aftermath of the halving. If macro conditions improve and the regulatory environment gets better, then BTC price should be able to rise up.”

The majority of the panel (53%), including Bitcoin Reserve CEO Nik Oraevsky, believe Bitcoin’s price will continue to correlate with high growth tech stocks. 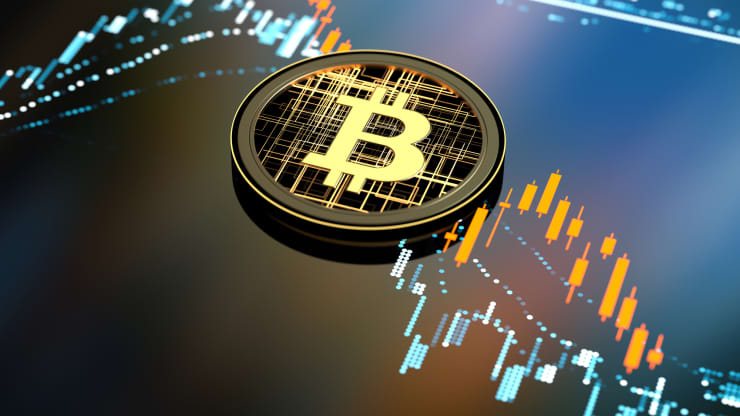 Despite the broader market drop and Bitcoin dominance falling below 40%, the majority of panelists (77%) still consider Bitcoin a store of value.

Delta by eToro’s CEO Nicolas Van Hoorde still considers BTC a store of value however he says “Bitcoin has proven less of an escape for inflation” than he anticipated.

Despite conservative short term price predictions, the majority of the panel (56%) think Bitcoin is currently underpriced.

FV Bank CEO Miles Paschini says “the fact remains [if] you believe in the premise of Bitcoin as a unique, limited supply store of value, then its rarity is currently not priced in.”

However 19% of panelists, including Omnia Markets founder and CEO Mitesh Shah, think BTC is overpriced. Shah thinks BTC will end 2022 at $16,000 and warns of more lows to come.

“While Bitcoin has predominantly been a store of value during periods of uncertainty, the crypto market is headed into territory it has never experienced. As global traders capitulate their investments, Bitcoin will experience new lows not reached this year.”

Meanwhile Thomson Reuters technologist and futurist Joseph Raczynski is part of the remaining 25% who think BTC is priced fairly, noting its competition in Ethereum.

“BTC is almost being pulled and pushed by ETH now. People are finally recognizing that Ethereum is the real boss of the bunch, and BTC is being bounced around in its wake,” he said.

54% of Finder’s panel think Ethereum will eventually overtake BTC by market cap, with more than a quarter (29%) saying it will happen as soon as 2024. However this is a drop from July 2021, when 68% of panelists were anticipating “the flippening” event to occur at some point.

University of Western Australia professor of finance Lee Smales thinks BTC is overpriced and expects the flippenning to happen as early as 2023. He is also part of the 27% who think Bitcoin’s commitment to proof of work will slow meaningful progress on crypto energy consumption.

“Stock market will fall further before the end of 2022 and BTC will follow it lower. BTC will attract more bad publicity to the PoW model now that ‘the Merge’ appears to have worked out well.”

SEBA Bank head of research Yves Longchamp thinks the flippening will happen in 2024 however he says BTC is underpriced given its positioning as “digital gold” and that the Merge is a net positive for the crypto industry.

“Bitcoin and Ethereum do not compete, they have different value propositions,” he said.

A new proposal from the U-S Department of Labor would clearly define what it means to be an independent contractor.
Business