If you drive a car or pickup to get around in Arizona, odds are you eventually will have to deal with it being involuntarily towed.

Experts say while it’s not the end of the world, a little knowledge of Arizona laws and regulations can make getting your car back a lot easier.

A new report from the Arizona Public Interest Research Group Education Fund highlighted towing protections the group believes should be available to consumers in every state.

Teresa Murray, consumer watchdog for the Fund, helped prepare the report, and said having your car towed can leave you feeling stranded and confused, so it’s important to know your rights.

“If you park someplace improperly, or you park for too long, you may face towing,” Murray explained. “And we’re not saying that you shouldn’t be towed. But everybody has the right to be treated with decency and not be subject to abusive behaviors that have been reported pretty much all across the country.” 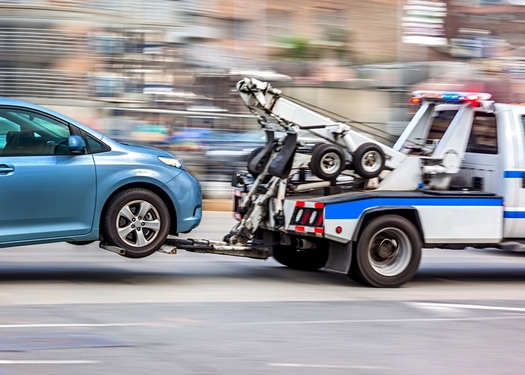 Murray stressed the bottom line is, if you are towed, it’s probably going to be a hassle, and it’s going to cost you some money to get your car back. But she added drivers need to be aware of the laws in their city or state that protect car owners from abuse.

She noted while Arizona’s towns and cities may have a confusing array of towing laws and regulations, in recent years, state lawmakers have made an effort to improve things.

“It was actually a lot worse in Arizona a few years ago,” Murray recounted. “There were reforms that were passed in 2018 to kind of clean up a lot of things, but there is still a lot of work that needs to be done. Arizona lawmakers need to do more to protect consumers.”

Murray added there are no maximum involuntary towing or storage rates in Arizona, but many municipalities do post limits. She pointed out parking spaces must be clearly marked as a tow-away zone, operators must provide access to your possessions in the car, are responsible for any damage and must present you an itemized list of charges.

“Most municipalities, if they have laws dealing with this, or the state will have a board that you can go to, to file complaints,” Murray stated. “It’s going to vary by community, and so people should feel empowered to do that.”

Murray emphasized the best way to avoid getting your vehicle towed is, of course, to always park in a proper, legal space. However, the full report, “Getting Off The Hook of a Predatory Tow,” outlines common-sense ways to deal with your car if its towed.

A lipstick helps a woman achieve the perfect look. In other words, every woman must have a decent collection of lipsticks.
Autos

Wheel spacers are important for your vehicles. This article shows us whether wheel spacers cause vibration.
Tech

We can install any app from the google play store very quickly. Let’s take a look at some most amazing apps for android mobile phones.
Autos